At My Workplace! Outlook!

Decades ago when I was a College student in UK, one of my lecturers who was known to be anti-us was lamenting to us. Do you know why they say in the West that God has a sense of humour? Though I knew the answer and the one he was expecting me to ask why – I feigned ignorance of what was coming next as the answer. You will find the ** answer if you keep reading on!

Last weekend I had attended this wedding of a family member at the mosque (Masjid). There is a person there from the family connections who was recently highly promoted on the job place after marking time for generations and stuck in a dead wood position. Personally I think it had to do more with his weird behaviours and personalities – rather than competence and capability tainted. 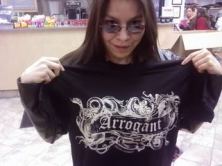 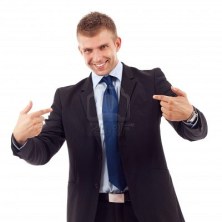 The ironical tragical part was that he was a great complainer and whiner – and always skeptical and cynical of everyone around him and with no exceptions – even his own family, relatives and so-called made-up friends – though he was a friend in reality to no one except himself only!

Taking my good and trusting nature on humanity with my usual focus, vision and concepts that ‘there is good in everyone in life – unless proven otherwise’ – I tried hard to catch up and join with him – as he was in front of me – and in offering my compliments and congratulations to him. 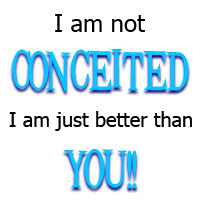 From the sides of his eyes – I could see that he was noticing me – but he pretended not to – and walked faster still – and being younger and more agile than me – made sure he left me behind! He then proceeded to sit in the VIP areas – and this thing really disturbs me the most – because this is a place of worship and in front of God we are all equal – if not the poor suffering hard sweating believer is perhaps more closer to his Lord than the rest of us – all put together!

I decided to go with my gut feelings and not go to the VIP side. Upon which the groom family side came and picked me and insisted that I move to the VIP arena despite my protestations he would not have it – and started insisting and pulling me towards the area.

Not wanting to create a scene – I reluctantly agreed to accompany him – and lo and behold – he decided to sit me next – near the running away from me sort-of relative! Seeing me coming to sit near me – he got up and pretended to go after someone else to bring him to the area – though he was a guest just like me – and I would never have dared to be so brave like him! The irony was this relative went to pick the very same person who was well known to be an adversary for everything I stand for! Birds of a feather do flock together!

But he had a point – just to move away from me. He soon came with the person he was after – and sat away from me! There is a saying that goes like this – in the East African lingo – with due apologies – Those that deny you beans have just reduced you from only more gas!

I sat now – by the grace of God – with people now that really liked my writings – and insisting for me to give them more information and details – and my business cards too! There is always someone to upset and annoy you in these gatherings – that is why I try my level best to avoid going to these places – unless I really have to – like in this one!

M being M – I called him soon later on – and gave him ‘a big piece of my mind’! He retorted that I am just imagining the whole drama – and perhaps old age element is creeping in – by being ‘over sensitive!’ True today I am 64!

Then I told him point blank – call a spade a spade – did you think I was an embarrassment to you – or could be – or I would open my mouth to say many things – removing all doubt – on my stupidity – and people around you will hear the rubbish I am uttering – and to embarrass you – now the Big Man that you are? Thank God he did not put the phone down on me – which initially I thought he would do so.

When I got into the car my son saw my worried face. He knew what was wrong. Then his heart spoke to me – Dad – keep your pride – let no one make you feel small or belittle you! This man cannot write even one sentence in any language – let alone in English – despite his so-called new great position now!

I am always amazed by such people and their behaviours and attitudes. Actually it was another wake-up call for me on human foibles, vanity and weaknesses – vileness, deceit and betrayals – and truthfully nothing can surprise me anymore now!

I also hold this my strong view that many of our problems today arise mainly from the ‘poor type and weak personality behaviours and characters people’ – that are in their positions now – not because they are really good, competent and capable – but are there merely  more to ‘follow the line – not to rock the boat’ syndrome. They are there just to ensure to ‘keep the lid on’ – ‘just stays on’.

They come with ‘the killer instincts’ survival – like the sharks’ – that will attack anything coming near them – even their own – and even if not an adversary or enemy for that matter! Even that person who just wants to say Hello to him!

Some people and places will just never change!

** The answer – Giving oil to the Arabs!