Not Forgiving Others in Life? 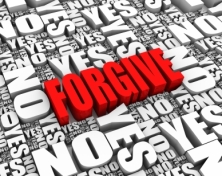 Can I ask you if you are that prepared to forgive someone who has purposefully and intentionally caused you strife, pain and hurt – and he knows he is doing it to you – whilst all the time you have been nice and respectful to him?

You may have even in life helped and assisted a lot that person – and he knows it – but is not bothered nor does he care! For all that matters – he is just interested to show his power and control over you – to make you feel small, insignificant and worthless.

As his character and nature – he takes great feelings of achievement, pride and control that he has subdued and marginalised you. He has easily forgotten all the good things you have done for him and his family – and those near him!

Even though the Holy Month of Ramadhan and Fasting is approaching – I must admit that for the First Time of my life I will never forgive this person – and we will meet in front of Allah Our Lord God Almighty – and I will ask for my Rights, Haqq and Justice there only!

Be careful of The Punishment on Earth – in your grave – and on The Day of Reckoning Judgement in front of Allah SWT God Almighty Ameen Amen.

The No Forgiveness Lyrics! 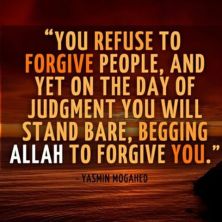 FORGIVE 3D text surrounded by YES and NO words. Part of a series. 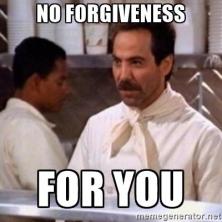 The Art of Forgiving!

This is truly a beautiful hadith. Very touching.  Many non-Muslims think our religion is too hard and that we view Allah as only to be feared. Whereas, in reality Islam combines an equal amount of Love, Fear, and Hope.  We are only humans so inevitably we will make mistakes and sin from time to time. Often, we tend to despair when we commit a sin. But Alhamdullilah, our forgiveness is only a prayer away. We don’t need any intercessors. We don’t have to pray to anyone else. We have a direct link. Mash’Allah what a beautiful religion…….A Beautiful Way of Life!

On the authority of Anas, who said: I heard the messenger of Allah say:

Allah the Almighty has said: “O son of Adam, so long as you call upon Me and ask of Me, I shall forgive you for what you have done, and I shall not mind. O son of Adam, were your sins to reach the clouds of the sky and were you then to ask forgiveness of Me, I would forgive you. O son of Adam, were you to come to Me with sins nearly as great as the earth and were you then to face Me, ascribing no partner to Me, I would bring you forgiveness nearly as great as its.”

To receive forgiveness from God there are three requirements:

Last year, when I had Prostate problems and had fallen into a Coma State in ICU Intensive Care Unit Royal Hospital,  the Doctors had already cautioned my family to expect the worst in that out of 10 Coma State in ICU – only 2 people walk out from there! And I was not going to be amongst that list! Unknown to me at the same time this Bank had placed a Court Case against me for my Consultancy that went bankrupted 16 years ago!

It was said that I was contacted – which was strange as I was at that particular time in ICU Coma State – and also not even before for the past 12 years. People can accuse me for many things – but lying is certainly not one of them!

Today 18 months later I am in No Civil Status – and I cannot even renew my Yukon GMC Mulkiya Registration and still in paying PDCs Post Dated Cheques of 375 OMR from my Pension Retirement salary – and even if not able to use my vehicle! And lots more troubles to me – if I attempt not to pay The PDCs.

In Islam we are told that we will all die one day! From Allah SWT God The Almighty we come and to Him we return – with no exception of any kind! And there is The Punishment on Earth still waiting for us – and in Our Graves Punishment – and certainly when we face Allah SWT on The Day of Reckoning and Judgement!

And The Great Islamic Principle then of The Allah Punishment Law of Being Bankrupted when because of Dhulma Injustice you will lose all your good deeds to The Person you made injustice to – and when that is finished then you will take over all the sins of that same time!

It will be A Great Shock to many when they end up then in Eternal Hell Fire despite all the excellent good deeds that you otherwise did on earth! So Be Aware! Especially if you are in power to change things – and or have failed to try to draw attention to The Situation despite also in your power to do so!

Anyway, my younger Brother – through the goodness of his heart – had approached all those he thinks I had crossed to ask forgiveness for me from those affected on behalf of the Family and I! That is why so many came to visit me at the hospital – whilst I was struggling for my life in the Coma state! You cannot imagine that a small thing like urine not coming out could cause you to end in Coma State in ICU struggling for your Life!

Read these posts too – when I was in Coma State ICU –

Anyway also, The Doctors told me that I was very lucky to come out from the operation as my all body insides were operating less than 40% – and 2 times they had to resuscitate me – as my heart had stopped beating for some seconds!

Al Hamdu Lillah! From Allah SWT we come – and to Him we return!

The Good Doctor used The Metaphor that like they were carrying my body with the funeral pyre for funeral – and they had kept it down – waiting to lift my body for funeral – and I woke up just in time! So you have turned a New Page – and go and ask for Forgiveness from those that you might have upset and or offended – and start a New Life now! Even if it may be difficult now with what is happening to me now in My Life Now!

Three days back – a Good Friend had died! He was certainly younger than me! It pained me a lot because I did not have a chance to meet him again after a suspicious rancorous ruinous Job Interview when he was asking me to ‘To Tell Him The Real Truth’ how I lost my job in Abu Dhabi! He was the CEO – and had only to say Okay we will give you a try – or take you! But he was incredibly suspicious ‘that I was not telling him The Truth!

Sometimes people forget that Rizq Your Sustainability – Income etc. comes from Allah SWT – and we Human Beings Bin Adaam – are only Sabaab – That is Cause! But sometimes we think we control peoples’ lives and fortunes – and forget what can happen to us when you annoy Allah God The Almighty by playing God Allah too!

See also this – How I Lost my job in Abu Dhabi!

That Is The REAL TRUTH My Brother – as I had told you then!

And This One Too! Wasted Loyalties!

I may well have misunderstood you then and now – because people some people are good in creating Fitnas and Divisions – sometimes from The Least Expected!

You have a Right To Protect Your Company though – as sometimes my notoriety precedes me in itself!

May Allah Give you The Eternal Peace in This World and The Next – and The Doors to The Heavens Firdaus Amin – and avoid The Punishment of The Grave Amin! I forgive you My Brother and Friend – and Forgive Me Too Please in retrospect! 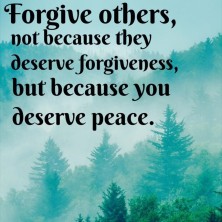