Written For The Oman Daily Observer of Sunday June 7th 2010,
Column – Between Us Only!
Rising Alcoholism Syndrome!

With the onslaught of the current dire economic situation – this group has now risen sharply and I hear from many people complaining – especially from Families – The Ladies more! – about this stigma in the society now! People go extreme  either this way or extreme fundamentalism routes! There are many black sheep in the families now – Father Drinks – so do The Youngsters – with broken marriages and families! It is a stigma families are reluctant to talk about to Outsiders!

The Original Article Below!

In all my writings, and in My Books, I have tried my level best to move away from writing taboo subjects – but the coming incident confirmed to write on this one – with sincere, genuine and due apologies.

I had been to this Recreation Centre when I saw a group of young Omanis come out from the Alcohol Bulk store with carts full of the stuff – from beers to the real heavy and expensive stuff – because cartons betray what they have inside them! They looked to me as recently joined Graduates to the Company.

So the mean and evil streak in me decided to play a game with them. I asked them if they could spare me a few drinks – and I was willing to pay for them. It was already coming evening Prayer time – so one of the nicer kinder sympathetic ones offered me the address because they were having a bash and celebration from what looked similar to Gonnu to strike our Omani shores! This shocked me to smithereens – the approach to celebrate before the storm struck – instead of going into prayers and reciting our Holy books instead – like some of us in our generation would normally do.

Just for the records, being a member of that club, I too could purchase in bulk if I had wanted – but then I am not ‘developed and progressed enough’ with my sad state of affairs of being a student in UK for three years – still single at that time – and downstairs opposite lane I used to sit and watch those indulging (including pretty young girls too!) making a fool and spectacle of themselves after awhile – and too good and decent a material to bring into my column in this esteemed newspaper! But let us put it this way – I told all to the good wife before our marriage!!

Some years ago when I was travelling to UK for my Management course, the local guy beside me pressed the distress call button just as the plane was taking off from Muscat International airport (we could even see it below us) – and the poor air hostess came running to find what was wrong? Remember The Fasten Your seatbelts sign was on! The man asked for a beer! I do not know if he was afraid to fly – or maybe taking early advantage of the limited free offer of drinks on board as travelling Economy!

The Air Hostess firmly put him in his place – though he kept the button chiming! Then when the warning seat signal was off, he said give me English beer! He mentioned a brand which even dumb and stupid me in ignorance and being backwards as a teetotaller knew was a Dutch brand – and not an English one – as in my job aspects of peers trying to impress our Western bosses that they are progressed and developed! I remember even one peer who joked to me in front of our British boss – he was a Non Believer in God though – and said it when he was even sober to us! My friend peer was teasing me – M – it is time for prayers, what are you doing still waiting here? I have had suckers and yes men in my life – but as our Indian friends say – this one had the biscuit!

I have met many people I know where families are complaining to me to write about this subject – but I am always the type of person who is a Live and Let Live type of person – but to limits – when you start to encroach on me in your superiority false outlooks – and that you know better even for me – then we have issues and problems. So long as you leave me alone, I drink my carbonated and or fresh juices with those at the party enjoying themselves – but at the same time can leave the table and go for my prayers – I am that type of person per se!

A lot of families complain of smoking and alcoholism amongst some of their family members – and sadly and tragically including the teenagers and the youth too. One of the off shots of increased road accidents and fatalities is this stuff! There is also this element of domestic and family violence as a result of alcoholism, resulting in increasing divorces, family breakdowns and social disorders.

Personally, I do not believe in imposing rules and regulations – Believing in Live and Let Live – and have even a blog under such a name! However, as parents and grandparents – and as elders – we do have a prime and fundamental duty to lead by examples – and advice, counsel and caution the youth to protect and preserve our heritage, customs, traditions, values and culture as a people – and the teachings and practices of our religion – and even if to be in moderation when going flexible and accommodating!

I remember this incident very well after my father had expired – and I was receiving condolences in my villa in Qurum. They wanted some juice – and unfortunately I had left only apple juice! Soon after a while, my uncle from the village came to me and started yelling and shouting to me – how could you? And my uncle in Muscat cut him short – and said you must have got your facts twisted and intertwined – because I was accused of offering beer to them! My town uncle said very emphatically and strongly – I do not know about the others, but I can guarantee on my life that this son of Late Said NEVER DRINKS the stuff! That is confidence for you!

*** Be who you are and say what you feel; because those who mind don’t matter; and those who matter, don’t mind! – Dr. Seuss – Writer, Cartoonist and Animator.

*** Not Everything in Life that Counts – Can be Counted – Anon.

**** “When one door closes another door opens; but we so often look so long and so regretfully upon the closed door, that we do not see the ones which open for us.” – ~Alexander Graham Bell 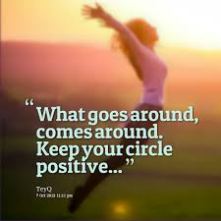