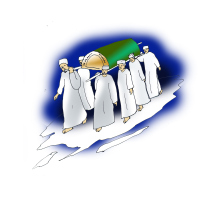 Have you seen this film? A Wedding and a Funeral?

I do not know about you – but for me – I am always ready to expect the worst news at any time! Perhaps more that has got to do with my life recently – with all the ups and downs (more!)!

So when the call came early morning – and from someone who never calls just to chat – but more to pass the news now and then – I immediately knew something bad and amiss has happened! At first I thought it had to do with my sister in law whom we visited day before in the Hospital – admitted because of ‘breathing problems’! And that brings in the point that we do not appreciate Life’s Giving – and what God has given until something has gone missing – or is too late!

Trust us Omanis to always say polite chit chat greetings and compliments before ‘we give in the core news’. It has always been and never has changed – even that Police and The Court Clerk come home to arrest you! They will start nice – and end in the bad news ‘with the usual sugar coating on the bitter pill1per se! I see that you are saying to me the very same thing – you are doing the very same thing, my friend!

I remember in my old days in the old oil company – when the Top Guy (Omani) says to me = cut the crap – and just come to the point! The other day I met him in a Supermarket – and I was sure to give him the body signs that ‘I still remember and do not care much about him’ – though I felt conscience stricken and guilty when he called out my name ‘sort of fondly’ – and asked me what happened to the Between Us Only! columns?

I had to remind him a bit gently that he gave me the blast when I said ‘Between Us Only!’ and did not realise that I used to like to say this until when me and the esteemed newspaper were discussing what to call my columns! When I said it again – the good man who had opened the door for me to write uttered a bit loudly – Yes – we will call it ‘Between Us Only! It went on for 13 years more when it was ended more by a ‘technicality’ – if not evil design – and my book Goodbye; Between Us Only! – www.createspace.com/5139836 – said The Full Story!

So then this my son in law was saying to me – Uncle – Bad News! My Father has died just now! Peacefully in his sleep! And the funeral is going to be after afternoon prayers! So I went down and made my own breakfast – as the Filipino house maid of over 13 years was away celebrating Christmas Mass the night before! Yes – today was Christmas Day – and a funeral to go to!

Perhaps a Blessing in disguise – with all the ‘hate intolerant – ‘not let live and let live’ mails I was getting – of ‘not to celebrate Xmas’ – but now even ‘not to send greetings even’! I wrote the book A Cry For Help! in June 2009 – long before the so-called Arab Springs hit us – and even Oman was not spared! I had cautioned and warned of all things – but nobody cared or bothered!

So Christmas Day was ‘celebrated’ at the funeral grounds – burying a family member! Allah God Rest his soul in eternal peace and salvation – in this world and the next Ameen (Amen) – but he lived to be over 92 – with no major sickness or illness! A nice way to go too – peacefully – and not ‘be a cause of trouble and nuisance’ to others for ‘a long time’ – that the day you go – you get crude remarks like – he is now at peace at last! – and few tears around! Unless reminded – Hey someone has died! Why no tears and wails?? Happened to my late grandfather (PBUH) – and as a child it took me many years to apprehend and appreciate why no one was crying then! Except my poor Mother PBUH! 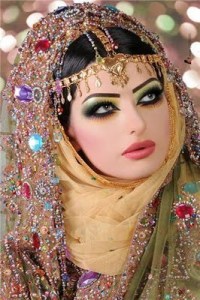 I read this article about a dispute that had arisen at a time of our Great Prophet SAW when a person had died and there was also a wedding that was to take place almost at the same time. I do not profess to be much learned in Religious Affairs – so please do not ask me to give you References! Comes from a stern warning I got from a friend Religious Leader who ‘sternly warned me’ – Do not give Religious Stories (The Hadith) – unless you have ‘References’ to back you up! Anyway, to cut it short (cut the crap?) – it ‘was decided to bury the dead body first – and after a while to go to the wedding – after a respectful solemn time had elapsed to respect the dead – and their family and relative members!

Reminded of the incident, I was debating if I should go to the ‘three times repeatedly invited’ wedding at the Masjid (Mosque)? Same Day of the Funeral! Same Day of Christmas? Imagine someone choosing the date to get married! In most probabilities it never crossed the mind – because people are more concerned to have weddings at the weekends – and to have an available date with all the young marriages taking place now! Remember my article – From Pampers to Wedding Dress? You will – if you are a strong fan!

Talking about Fans! In the end I decided to go – and I was ready to answer some of those ‘so intrusive people into others personal affairs’ – why are you here? I thought you had a funeral? I was anyway practicing the great Religious Story to give – but thank God nobody dared to ask! Although there was a crude one who remarked – Still at the dish? – when all the others had left – and I was eating alone – as you know the Omani way of a big plate with morsels and morsels of meat and rice (Biriyani) to be eaten group-wise! I was remarking to one of the partakers that in ‘Africa only 2 people can finish off this plate’ – and here we were 6 Omanis and still half eating of the plate!

So before the meal there were some ‘fans’ inquiring about the articles – and what happened? I have now a field day to say what ‘really happened – and how they were all killed more by a technicality! And then the ‘followers’ still in the ‘social media’ remarked to me ‘how he liked what I wrote about ‘The Mafias and The Old Guards’ – and why reading newspapers is no longer interesting – as it was before! Sure to rub it in – I protested ‘innocently’ – do not blame me! Blame them instead!

Overall it was a very testing trying day – and showing all about life – from A Funeral to A Wedding!

Be The Safe Driver!