This Is Goodbye To ‘Between Us Only’! 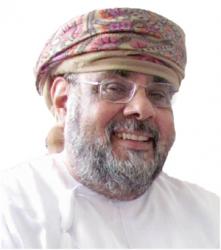 Goodbye; Between Us Only! My New Book!

Goodbye; Between Us Only!

They Will Not Publish This!

This book is the 10th book in The Series – Between Us Only! And my 20th book so far.

In order to expedite the book publishing process, minimal images are going to be inserted.

Paramount importance is to get all my articles Post last Between Us Only1 series – Wipe My Tears! The book was published in June 2013 – all intended to put all my books in one place for further references and for record purposes!

I have also included all those articles after end of my columns mainly based on ‘a Technicality’ designed to stop and to end my columns.

I was keeping to myself and trying to avoid conflict – but still people were after me! So I decided to accept the challenge – and write and record this book as the last of my columns writings for future records and references.

No one can kill the spirit, soul and heart of a Writer – because so long as a Writer will live he will not stop writing!

As Jules Renard had said – No one considers a Writer as ridiculous – even if he does not make any money! So there! Besides, I had posted this in all The Social Media – November 13, 2014

Why are we so set against each other? We will support The Foreigner and The Expatriate but not esteem and value our own! We do not have trust and confidence on our own! It is part of this great CURSE Jealousy, Envy and Bad Hearts within us! Bad unfeeling uncaring hearts inside some of us only! Pure evil-like just as is ISIL!