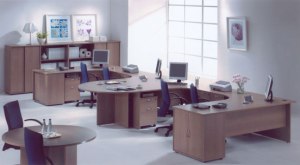 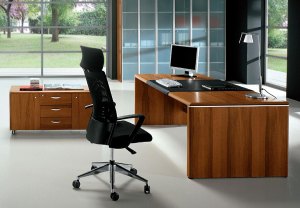 *** A Question of Office Space?

My peer friend Sameer Abdul Razak – SAR – was complaining loudly to The Stranger – The Office Implementer (TOI)! TOI was an expatriate brought all the way from the London Head Offices to come to oversee the offices changes – and moving people around the Offices! Highly paid too – with excellent privileges, perks and benefits! As if this was too much needed expertise that the locals lacked – and somebody from the outside the country had to be brought in to look after and oversee this particular element! TOI reported to The Strategic Head – TSH – also brought from abroad. Both TOI and TSH reported directly to The Offices abroad – though there was a thin line of formal reporting to The CEO – who too was a man from abroad. Below him in the reporting channels were ‘our good boys and girls’ – and you never made to these lines – unless you were really good!

Sameer was complaining loudly – for the whole world to hear! My job entails dealings with the outside the company – for services to the staff – mainly for the interests of the expatriates’ benefits more than for the locals! How could you do these things to me? He kept screaming and shouting loudly – more for the benefit of the Staff under him in the adjoining office. More as he saw me coming in! The usual jovial fun thing coming from my side were met with complete disdain and disinterest manifesting on his face! He looked at me coolly and sharply! So I asked – one more – this time more seriously – So what gives?

Tell him – SAR said to me! Tell him – why I need this Office for myself alone – and not to be shared with someone else – especially that someone that comes from another function and line of responsibility – and not linked to the job that I do here! Tell him – SAR almost begged of  me! Tell him – about our culture – about ‘The Image’ thing – when the people I deal with come to visit me – as sometimes they do – and find me that I am a mere nobody – not an important person – despite the job that I do – and sharing my Office with someone else! And that someone else – is not even linked – or has any bearing to my job’ aspects? Tell him, M! – he implored of me!

TOI was just directing the Indian Office Mover to move SAR Office to which part of the room – and put the new furniture for the new guy coming in on this part of the room! The new coming-in guy was also coming from outside the country – his job ‘was special’ – and with exception of a few – no one knew what he was really doing here! And why put him in this Office – out of all offices? Unless he had a special task and mission – and no one knew even that what it was! With exception of the those ‘in charge and in control’ of the new twist of angle and situation.

TOI said to SAR – I will need you to remove all these religious placards and sayings – because the in-coming guy is from another faith! We do not want to upset! Besides – you have forgotten – this is an office – not a religious place! Put these things in your house – or anywhere else – but not here! This is not the place for it! Please remove them – he was saying – and facing the Indian foreman. SAR was so angry – I have to get out! – he said to me in Arabic – or I am going to hit this man – and they will terminate me instead!

It is good you are here – TOI was saying to me! I am coming to your Office next! I need to cut that office in half too – you too will be sharing with someone else too for that matter! SAR stammered – it seems to me you are only targeting locals who have single offices – but not the people from your own countries? Why is this so? This is highly irregular – and highly unethical, biased, unprincipled – and non professional too! You people should feel ashamed of yourselves – after us going all the ways in making you all feel welcomed and esteemed!

I got up from the chair – and walked to The HR Director offices. He too was an expatriate. I banged on his door – he opened the door. Inside was TSH with him! They were going through some strategic points and plans quietly together  – when they were rudely interrupted by me! I gave them – in a very loud voice – the very same points that SAR had given – all in vain! They were determined to split all those locals in single offices – and share with people from home base who were given sudden quick new job responsibilities and aspects! 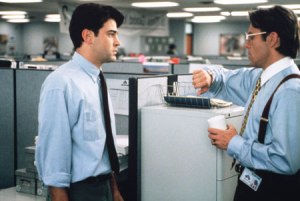 If it was a question of space – they should have started with The Director’s Office. It was not an office – but more resembling a cinema hall – with even sliding doors! It was certainly not a question of ‘needed more sinister offices’ – but more sinister forces at work! That he was now certain off! These people will not stop at anything – till they have destroyed everything – including themselves in the formula! It is said if you see something good – and prosperously growing for you – protect and nurture it – let it grow for you! Do not spit on your food! Do not put sand in your coconut pie – the East Africans like to say!

I shouted loud – if you want just to know what is going on in the offices – and this is why you are doing this – why don’t you just install ‘hearing bugs’ – or better still Closed Circuit Recordings (TVs)? Why go to all these hassles and extents? This is really going overboard! You will alienate everyone now – even those that were your supportive in the past! Do you realise what you are doing now? The repercussions and the after effects? You will switch off everyone – and we will just do our jobs quietly from now on! And communicate if we must in non-English communications! And even pretend our understanding and hearing of English has suddenly taken a dramatic twist and turn of going down far too low! 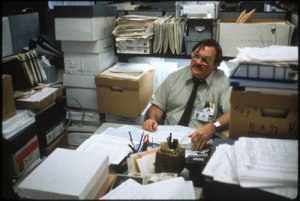 In switching us off – we will protest quietly – until someone from the Top our side intervenes! Or even from the few good peoples your side do so! You know what? We will act and pretend too – to be very hardworking and busy – but actually and literally doing nothing! Do not teach us old dogs’ tricks at this stage! The losers will be everyone – including those who sent you – and those who allowed you to do these things to us – from our own! We will no longer act responsible or try to be dynamic and proactive – and yes – even if you ask us – and even if we know of a situation – or anything else – we will not inform you – even if you ask us! We will forever keep you in the dark from now on! This is our way of protesting quietly – all on our own!

It is then he woke up with a start! His wife by the side was snoring slightly! Yet they say women do not snore – only men do!

Even in his dreams they took his books themes – especially the Arab Management ones! All at www.myownmajid.com – Take Care!

*** All names and incidents are fictitious. Any resemblances – if any – are coincidental – and based on a dram The Writer had!