Being Exemplary In Life!

We constantly hear these phrases being said – Act your position! Act your role! Be yourself! Please be professional – ethical – principled! We expect better things from you – not you doing this instead! Maybe people are too long in jobs – and they have come to feel indispensable – or nothing can touch them now! Or nobody cares – so why should I?

Or yet still – with due respects – but …! Or – I am sorry (not my role) to say this to you – but I think…! Or he is the best example of what a Manager (CEO) should be! Or a Human Resources, Finance, Media, Engineer etc professional should be! Or a True Leader – he leads by examples and deeds! Or the other side of the coin – Act your position! Act your level! Act your standing! Be your real self – person!

What if a parent or teacher does not behave and act as one? In the Western world – your own children can be taken away from you – and be put in Social Care and for Adoption – if you do not behave like parents are required to behave, act and perform – and when you are even in danger to your own children! 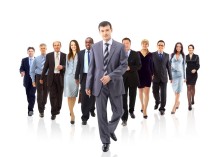 What if a Human Resources HR Professional does not behave, act and perform as one? If you who is supposed to be ‘The Conscience Keeper’ of the establishment – and even more than the CEO or Director? It is not only representing the Management – going by the books – and the easy way of doing things – and ignoring the employees – who look upon you to sort their issues too – even if in confrontation and in disputes with the Management? That is what makes the mantle of true HR – and what shines out – or not? To be able to confront Management – when they are in the wrong – or have made or going to make mistakes – and gross errors in thinking and in judgment! I can tell you – HR is not an easy job – it is not only Admin – and doing visas renewals!

What if you are in Finance and or in Audits? And you see wrong practices being made – not only in operations – but in money, fraud, bribery and corruption? But you go along – because you are afraid more of ‘keeping your job’ – and being on ‘the protective nice side of yourself’ – why should I care – so long as I get my pay? Trust me – when heads will roll – yours will too without escape? And what if you are in The Media? Or as an Engineer? Or in the other professions? Where you are required to act your role and position – and be the example to follow – lead by examples – and deeds – and not you joining the league in bad, wrong, unprofessional, unprincipled and unethical practices?

As a young boy – I used to hear especially my late father lament – You are the eldest (Mother side) – and you are supposed to set an example to be copied – and not you as the eldest to fight with your brothers – and worse with your sisters! My late father used to say to me – you hold the responsibilities of being the eldest. It is a heavy responsibility! Act your age! Act your role! Or you are just wastage of space and air! Eldest – but not worth the label! In my crooked ways of thinking – sometimes I used to think that my parents just did not just like me!

We have seen these films like Whistleblower – where the heroine stands to lose everything – including her own life even – by exposing great institutions like UN for ‘covering up’ human trafficking in ex war torn areas of the world – where even the top guys want to ‘push the dirt under the carpet’?

There are now many institutions where ‘Whistle Blowers’ are encouraged, defended and protected – under new ‘Good Governance’ management practices and principles. Not even in companies and state institutions, NGOs etc – but even to higher levels – like even Presidents like Nixon were exposed in the great Watergate scandals. Remember the Frost interview?

When I had started working in that distant land – I saw live examples of malpractices of creating ‘artificial shortages’ of certain high brands of fuel – and the disease and malaise that went even to the highest echelon levels. When the exposure came out – yours truly Mr. Clean – was asked to run the affairs in Marketing and Operations – after the exposure!

I remember telling the Top Regional guy of the trends – and he fooled me by saying to me – Thanks for telling us! Keep us informed – the subject material of even good Thriller Films! I came to know far later – after the exposure! The East Africans have an expression – You can steal for 39 days – on the 40th you will be exposed!

In my Consultancy career jobs I have met many fellow locals that took ‘great pleasure and enjoyment’ in delaying my due payments – even after delivery and continuous extra works and requirements! Some even stretching to more than 5 to 6 months – yet they are regular – and even pay three fold the rate to the International ones? Some even have denied to pay me – under flimsy and minor technicalities!

Yet still this same week we have suffered a lot of water problems in Qorum Heights! Even the hotlines – the emergencies lines – nobody even answered! Why should we? We have already told some of them – why bother to repeat? Let them too suffer! And so many other things too! How long will these things go on – before there is breaking point? What is really happening to us now? I just dread to hear the answer! Don’t you?