The Girl – She Speaks!

Malala Yousafzai at The United Nations! 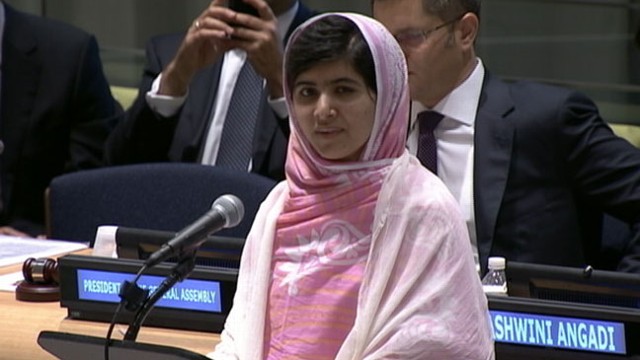 I do not know if the speech was prepared for her – or she had a hand or part in it – but for me – it was one of the most moving emotional speeches that I have heard for a very long time, indeed! One can only wish one had such as a daughter, niece – or younger sister! My eyes welled with tears from such a speech – and from such a young speaker – with defiant courage and stamina – and who had suffered so much in life! Left for dead after being shot by the Taliban – she rose up from the ashes – to where she is now! Speaking at the United Nations – in front of the whole world arena!

Malala Yousafzai celebrated her 16th birthday on the world stage at the United Nations, defiantly telling Taliban extremists who tried to end her campaign for girls’ education in Pakistan with a bullet that the attack gave her new courage and demanding that world leaders provide free education to all children.

Malala was invited Friday to give her first public speech since she was shot in the head on her way back from school in Pakistan’s Swat Valley last October. She addressed nearly 1,000 young leaders from over 100 countries at the U.N.’s first Youth Assembly — and she had a message for them too. 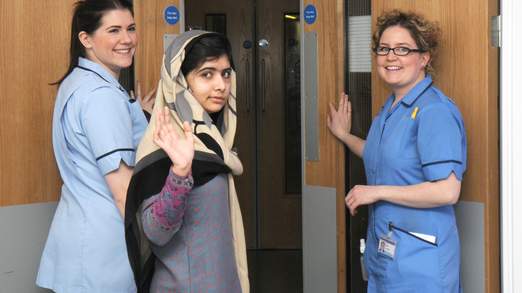 “Let us pick up our books and our pens. They are our most powerful weapons,” Malala urged. “One child, one teacher, one book and one pen can change the world. Education is the only solution. Education first.”

The U.N. had declared July 12 — her 16th birthday — “Malala Day.” But she insisted it was “the day of every woman, every boy and every girl who have raised their voice for their rights.” The Taliban, which has long opposed educating girls in Pakistan as well as neighboring Afghanistan, said it targeted Malala because she was campaigning for girls to go to school and promoted “Western thinking.” The Boko Haram for Nigeria say the very same point too.

In what some observers saw as another sign of defiance, Malala said the white shawl she was wearing belonged to Pakistan’s first woman prime minister, Benazir Bhutto, who was assassinated in December 2007 when she returned to run in elections. Malala recalled the Oct. 9 day when she was shot on the left side of her forehead, and her friends were shot as well.

She insisted she was just one of thousands of victims of the Taliban. “They thought that the bullets would silence us,” she said. “But they failed. And then, out of that silence came thousands of voices. The terrorists thought that they would change our aims and stop our ambitions but nothing changed in my life except this: Weakness, fear and hopelessness died. Strength, power, fervour and courage was born.”

Malala began her speech with a traditional Muslim prayer and later accused terrorists of “misusing the name of Islam and Pashtun society for their own personal benefits.” She wore a traditional pink patterned South Asian dress and pants called a shalwar kameez and a matching head scarf.

Malala said she learned to “be peaceful and love everyone” from Indian independence leader Mohandas Gandhi and other global advocates of non-violence; from the compassion of religious figures Mohammad, Jesus Christ and Buddha; from the legacy of Martin Luther King, Nelson Mandela and Muhammad Ali Jinnah, who led Pakistan to independence in 1947.

Amid several standing ovations, Malala told the UN on Friday that the Taliban’s attack had only made her more resolute. “I’m not against anyone, neither am I here to speak in terms of personal revenge against the Taliban, or any other terrorist group,” she said. “I’m here to speak about the right of education for every child.” Malala said her main focus was on the education. “There will be no compromise with any religious extremist who says girls should not go to school or stop going to school at 10.” Today is for every woman, boy and girl raising their voice for human rights,” she said in the speech.

Three million people have already signed a petition which Malala has presented to UN Secretary General Ban Ki Moon. Mr Ban said: “In far too many places, students like Malala and their teachers are threatened, assaulted, even killed.”Through hate-filled actions, extremists have shown what frightens them the most: a girl with a book.”

Malala’s remarkable recovery has seen her become a high profile campaigner with her face being recognised all over the world.She was transferred to Birmingham in the UK and underwent extensive surgery to rebuild her skull at the Queen Elizabeth Hospital.

The UN event has been organised by former UK Prime Minister Gordon Brown, now the UN Special Envoy for Global Education. “This frail young girl who was seriously injured has become such a powerful symbol not just for the girls’ right to education, but for the demand that we do something about it immediately,” Mr Brown told CBS News.

Unesco and Save the Children released a special reported ahead of Malala’s speech. It found that 95% of the 28.5 million children who are not getting a primary school education live in low and lower-middle income countries: 44% in sub-Saharan Africa, 19% in south and west Asia and 14% in the Arab states. Girls make up 55% of the total and are often the victims of rape and other sexual violence that accompanies armed conflicts. 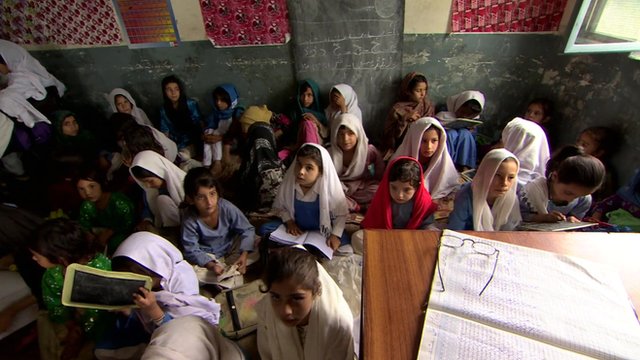 Aid agencies say that female access to education in Pakistan is a particular problem. They say that the country ranks among the lowest in terms of girls’ education enrolment, literacy and government spending. Youth campaigner Markson Mwanza from Zambia told the Press : “There are a lot of myths in terms of persons with disabilities…that they can never achieve anything. “Looking what Malala has said it really brings hope to our lives, it brings hope to Zambia and all of us as people with disabilities.”

For a long time after this – this speech will remain as the remnants of great speeches made in the world – and by great personalities. Malala has already been booked to write about her story – and highly paid too in millions of dollars. She is bound to be nominated aslso for the prestigious Noble Peace Prize – as the youngest contender ever! In trying to destroy her – the Taliban had created a great heroine instead – and given the world the answer to those that want to tarnish the name and image of Islam – to the extremeists – and to those determined in such tarnishing!