With A Heart of Stone!

No Mercy In The Hearts!

Or Just Hearts Made out of Stones!

Something that has always baffled and confused me till to this day is seeing some supposed to be ‘decent nice good people’ and that are also ‘following and observing’ having the meanest cruel envious jealous hearts that you ever saw – and making that the opposite drinking smoking etc. character as honorable and more astute and more considerate and charitable.

It all looks like a drama and role acting play – and that as if that person has been given – or chosen for himself a role – even starring one – that he or she is least suited for! It looks at best a bravado too – if not a façade and staged act, play and drama. The hypocrisy and double standards are really devastating – and killing too!

In my career life and others, I have seen people that are really high positions feeling jealous and envious of fast rising high potential staff that they have even developed sinister evil plans to curtail and or dampen their growth – because of the fear element – or just plain envy and jealousy that it took them a lot of efforts and time to pass through the phases – unalike the competition that is moving fast upwards and vertically! 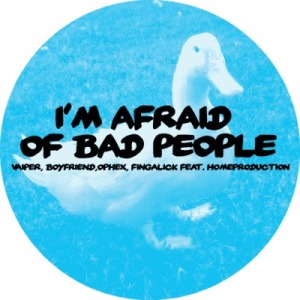 I had bosses that even if need and desperation I would prefer to be without – because I know well in advance what their reactions and answers will be. Forget the staff under me – or those I am responsible and looking after. If I go to one particular Department boss for an issue of the staff under him – I know well the refusal and the negativity – simply because he does not like that person – and to ‘fix him’ in showing him his authority and power – even if you throw him the book – and point out that it is allowable – he will create an artificial not true situation in retort – saying to you – our Department now is at critical ‘this stage’ level – and we simply cannot allow anyone  – for example compassionate emergency leave now! A few days later another staff whom he likes – and does ‘not need fixing’ can be allowed by the same boss to proceed – because I know him and his family – and he deserves the break – whilst the other one is left trying hard to cope with the denial – and continuing doing his job at the same time!

The same can be done to the contractor, customer and client! One gets ‘no never’ – whilst the other ‘possibly yes’ and even direct yes! For the same situation, condition and request! What is this that we do not fear God anymore? That as supposed to be believers we are simply not afraid of ‘what goes around; comes around’? The punishment on earth before they bury you? The punishment of the grave? The day of Judgement? Or reincarnation?

And the worst part I personally feel is when it extends to family and family versus relatives relationships and associations – you side with one – against the other! We defend those that are not defendable – and attack those that are defendable – and have reason and justification – but we simply deny them – because our evil hearts and minds dictate to us that we should do so – and damn the rest in injustices and unfairness – lack of ethics, principles, justice and professionalism! 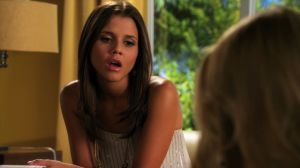 And if someone pokes his fingers into your eyes – don’t squirm and turn! Be quiet – let him do it – because he is the boss – or he is in a position and authority to do so! I had narrated this case when one friend had visited him in my office – and talking to him nicely – when this boss of mine – a fellow local – comes in ‘shouting and screaming’ loud in the corridors for the whole world to hear! Everyone – including visitors in the reception – were looking at me as if fish out of water – and I kept praying quietly under the breathe to avoid making more drama and spectatle!

He was still puffing and cursing in his office when I went in – closed the door behind me – looked him straight in the face and told him that ‘this is your final and last time’ that you will do this to me ever again! You have issues with me – justified or not – on my works and or otherwise – please call me to your office – and let us discuss rationally – professionally and ethically – and we will then try best to sort out the issues and amicably. When my temporary contract came for renewal – he declined to do so! He was not used at people getting back to him – and making a stand to him!

Sometimes if you see how some high profile places are run – it will shock you to the core – and your very foundations!