Or My Poor ‘African Cousin’!

According to Wikipedia, Pride and Prejudice is a novel by Jane Austen, first published in 1813. The story follows the main character Elizabeth Bennet as she deals with issues of manners, upbringing, morality, education, and marriage in the society of the landed gentry of early 19th century England. Elizabeth is the second of five daughters of a country gentleman living near the fictional town of Meryton in Hertfordshire, near London. “Pride and Prejudice is also about that thing that all great novels consider – the search for self.

One day Mohandas Karamchand Gandhi stole a little money from his father’s pocket. He trembled to pick his father’s pocket. But he realized it was a great crime. This realization did not allow him to rest in peace. He became restless. His conscience pricked him. It was too much to bear. So, he decided that he should never steal anything from anybody under any circumstances. He did not stop at that. 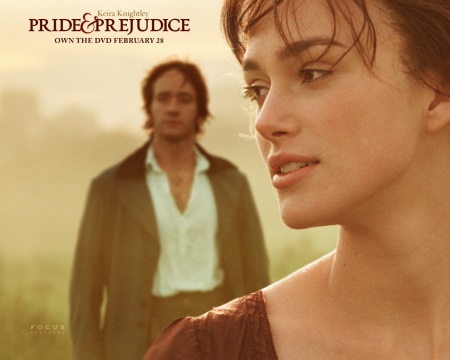 He wrote a letter of confession admitting his mistake and swore that he would never resort to stealing. But he was not bold enough to give the letter to his father. So, he put it in his pocket secretly. The father was so much moved by the confession that he instantly forgave self-correction, Gandhi became Mahatma Gandhi. So, let us learn to admit the mistakes done by us knowingly or unknowingly, and also to try not to commit the same mistake in our life time.

I do not know about you but in my life’s time I have done some real big mistakes and errors in judgement in my life – but nothing is compared to when one is a young child and as a teenager. Some mistakes we may have regretted immediately afterwards – and others it took us a long time to admit – after fighting our own guilt and conscience – and we regret to the end of our lives even! I read this Snoopy character cartoon of ‘Make one mistake – and you will regret for the rest of your life!

People like us from parents and grandparents that went to Africa cannot discount or deny the links to that distant land – even in family and relatives connections. Our parents and (great) grandparents went to Africa in dhows – and many decided to settle there after the dark part of our history in autocracy and persecution – and supported by those that preached freedom and democracy in more as rhetoric and falsehood than in reality – so long as ‘their interests’ are served – they do not care or feel for anybody else. It is only when there is ‘threat and or infringement’ that they dare to step in to ‘preserve and protect’ their own interests and well being only! 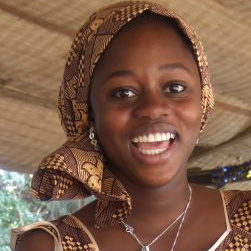 I had one of my late Uncles who spoke fluent Swahili – but he was embarrassed and feeling shameful that he did – and had even been to Africa – and that even one of his own sons had married a local girl – and got children too – his grandchildren. Of course he was more attuned to his children that were more near his own choices of in arranged marriages than the rebel prodigical son! I found this irony very much disturbing and upsetting – because it looked to me like that ostrich with head in the ground approach of life’s aspects.

He is not alone – there are many others just like him – in that you look the other way – and expect the whole world in this internet global age to do the same! As Obama had said – Those days are long gone! We need to wake up to the realization and truth only. That is why I always say – in Oman we have a great thing going – and to do the right correct ethical and right thing – even if eventually and belatedly sometimes! Now having preached and in rhetoric practice – I need to admit this part of my life’s history. In talking about myself – hopefully others will learn too – and some hopefully may even copy and emulate in the process!

As a young boy of about 8 years old – our late grandfather direct from Manah – had married a local girl there in that distant land. Beauty is in the eyes of the beholder – and there is no colour, race, creed, nationality or ethnicity in love – truthfully and honestly speaking here! So whether we like it or not – we are related directly to the offsprings – even if they may look differently to us! Our father at the time was very rich and powerful – and he had the colonial District Commissioner as ‘his personal friend and protector’. I said about all these things before!

As you can guess – coming from a rich family – and you had just to say it – and your wish was given to you! I remembered when my late father had asked me – if I wanted anything gift in particular – and I told him that I wanted a horse! I meant a real live horse – but the poor man gave us a riding horse alright – but made of steel – and wheels! So being pampered and getting whatever we wanted as kids – our heads were in the clouds – spoilt and pompous – and looking down on other kids lesser fortunate than us. Including this poor girl from the family too! It was Eid day and the whole family had met in our late father’s rich house – and there were all of us there – including invited guests from outside!

So this poor girl wanted to ride my bicycle – and selfish me did not allow her to do so! But I allowed others – and that was the worst mean part of me – in prejudices! Pride and prejudice! She is one year older than me! We made amends few years ago – when I kneeled down and apologised to her what I did to her as a young boy.

Please pray for her too – because she needs your prayers too! Because she is very sick – and the message came in last Wednesday. She had insisted that I be informed – and I pray for her! And she …. has forgiven me – because she did instead ride the truck – that I bought for her husband’s business far later in life!

What more can I say? Take Care!