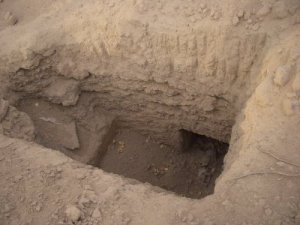 Final Destination – The Grave – If You Are Lucky!

How Rich Can One Get?

The Funeral Pyre – Below!

One time decades back I got this call from my late Father to go and pick him up to take him for a funeral that was happening that evening. He got into my car and was not speaking. I thought perhaps because I came in late – or he just wanted to be silent – normally – when he gets extremely angry and annoyed. I had come to realise the hard way that it was better for me ‘not to prod’ – until he decided to speak himself. This time it was acute strange because he was not saying anything – longer than normal!

I was wondering if the old man wanted to cry – but he was holding his tears back – not to embarrass himself in front of his son. He comes from the fabric that frowns on showing emotions openly – and that is certainly in crying! Big men – and even young boys – simply do not cry! You can all cry and break into pieces all held dear all inside. Only ‘sissies’ cry out openly!

After the funeral, I could see that he now wanted to talk. So I broke the ice by asking what the poor man had died of? He stared at me as if he was going to take out on me – but decided at the last minute not to! Then he said – Poor man! We were everyday going to the Public place – to chase up on the applications of land for our children.

Poor man! Now he got his final plot – and it was for free! He did not have to pay any money for the plot – it was given for him for free! Just the size of his body – a bit more – but 6 feet down – to rest on his right side facing Mecca – until the Day of Reckoning! I tell you son – all these things we are chasing in life are all temporary and artificial – and there is nothing permanent and for surety except God – and Death only!

Then my poor father told me about one business man he also knows whose business had gone bust. Many reasons for it – he was telling me. But that is not important for now. In short the man almost lost his house to the Banks – but luckily for him it was the only house he had – and there was the law to protect such cases in the past. He had two cars – one his and the other family. He sold off his family big car to settle debts – but kept the smaller car.

One day he wanted to go by road and to visit his relatives in a neighbouring country. He was not allowed to do so – because though he had cleared his case – and his name in the public files was not. He did not have even the right to renew the Mulkiya of his car – and he was driving the car ‘unlicensed and un re-registered’ – and he was afraid of in case of an accident of what was going to happen to him! It took more than 8 months to have ‘his name cleared’ – all because he was just a poor man – and had no Wastah. God takes shorter time to clear us – he sadly lamented! 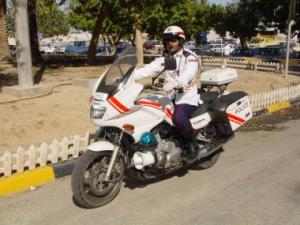 He added – Such things do not happen to the rich, powerful and the famous – only poor people like him – and us! In the end the man was so fed up – and decided to return for good to East Africa – safety or no safety – security or no security – but he just had enough! My poor father added – This man was stronger than this man who died today – God forgive us for such stray thoughts in comparisons!

I do not know if this is true or not – but one of the jokes on the public sector bribes and corruption in one third world country is about lands being allocated to the families of ‘those of influence’ – or as we say here ‘With W – Wastah! They say to a pregnant inner family or friends circle – If it is going to be a girl call her Badriya – and if boy Badr – names just coincidental for examples and demonstration purposes only! I do not know if they knew these things of scanning – because like yours truly had twin girls – so one of the girls would have lost – till a bit later on!

In one of my articles long time back – I talked about when I started working in Oman in Junior positions – though I had a more Senior position from where I came in that distant land – from having a Company car to riding a Company bus to work. But it did not put me off – or want to return – because I put my future and my family ahead of me!

In one of my deep frustrating times far later in life – I even went looking for jobs outside that oil company. In one of the interviews with one owners’ son he asked me a direct personal question of what really made M tick? He asked me – What are your dreams and what are you looking for in life?

Perhaps he thought I would reply him that I wanted to be in his shoes – to be on his side of the desk – asking the same question to another job aspirant! Then he started lamenting to me all kind of things that were not interesting to me as a job applicant – and the success story of their family business! He then asked me if I knew another so-called rich rising family – and why I did not apply there?

In another place the ‘great personality’ was saying to me – Either we offer you a good package or nothing at all. It seemed to me he was thinking he was making a great speech impression to me – because those things are best not said – and left out – because it was just a plain common message – and everybody knows about these things!

Remember all the above incidents were over 15 to 20 years ago! Far later in life when I started writing I had a strong fan – a sort of high elite rich person who really liked my works as a writer. He said to me – I like the way you fight for the underdog! When I applied some years ago after early retirement – for a Human Resources job in his place – he replied to me – Just keep to writing! That best suits you than a HR job! The Brits have this famous expression – Diplomacy is telling someone to go to hell – and he looks forward for the trip!

If even Mitt Romney of USA can discount 47% of the electoral vote – because ‘they are with him (Obama) – who are dependant upon government, who believe that they are victims , who believe the government has a responsibility to care for them, who believe to housing, you name it. They are people who pay no income tax ….. my job is not to worry about those people!

Bottom line – wherever you are in this world of ours – if you are poor and with no Wastah – you always get hit hard the most! Nothing has changed much during all these years! And then people dare to ask me why I like to quote many times – from George Orwell’s Animal Farm!

The problems all facing us now is all due to this hunger to control, dominate and manipulate in the Society….!!!