I wrote on this topic first on 3rd January 2007. I repeat it today again!

In the West, they have this expression – which I have repeated many times in this same column. What would Jesus do in this case? This should guide us even Muslims if we ask the same question on our Great Prophet – Peace Be Upon Him!

Part of the article is reproduced below. 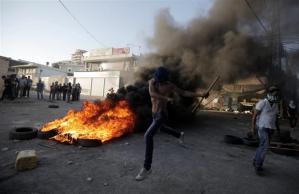 This coupled by being easily led and fooled – and by being emotionalized and traumatized to that extent that we fail to distinguish between what are lies and fibs (even poison) being fed to us, instead of analyzing for ourselves of what is the truth and reality. Not only do we owe it to ourselves, but those who have put trust, faith, confidence and loyalty on us. To them and who consider us as their very own and who see us as their elders from whom they would inherit, emulate and copy. We owe it to them more than we owe it to ourselves. 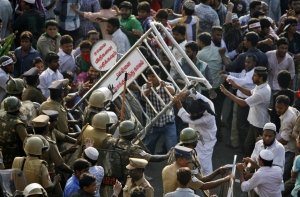 Look at our greatness that was recorded in history. The Great Caliphates in the history of Islam, when a visitor sees a local man washing his clothes on the riverbed. The visitor asks the person if he could guide him to the ‘castle of the Caliphate’. The man is replied – I will take you there, but first let me finish my clothes. The visitor is then led to a simple house, and where despite his protestations he is welcomed to some food and water, because he had been traveling. The man is impatient to see the Caliphate. After he had finished his food and rested, the ‘Washer’ introduces himself as the Caliphate (I think was Abubacker bin Abu Talib).

The visitor is shocked – you are the Caliphate? The man who washes his own clothes? Living simply and poorly? I come from The Roman Empire for a message to The Islamic Caliphate, from the Roman Army that is dreadful and fearful of the Islamic Army?

Or when the victorious Islamic Army entered Mecca, and forgave all those who transgressed and tortured the Muslims in the past, and ended in them becoming Muslims.

Or our Great Prophet Muhammad (PBUH) how he forgave a village that had stoned him and until he was bleeding? If he had wanted, he could have brought harm and destruction to the whole village, but he did not do it. By his actions the village became all Muslims later on, because they knew the true and right meaning of the Religion. Or the actions and behaviours of Saladin, when he took over and controlled Palestine! All those are what are called Greatness, and the true preaching and practicing of our Religion!

Recently, there have been many examples of provocations and insults against the Arab and specifically the Muslim world, and as open affront and demeaning move against Muslims. Even Saudi Arabia, GCC and the rest of the world protested. It is not a question of being for or against the Saddam hanging here, but the choice of date for this execution – on Hajj days!.

Though it is an emotionally charged insult and affront, we in the Arab and Muslim world need to be under control of our emotions and get into straight thinking and focus – and take our true Islamic teachings and the Holy Book as our guide, and leave the rest to Allah.

Whatever else is being said and being declared, and certainly is what is called of the need of here of – Taking The High Road! – END

Continued – When such impudence and arrogant violations are repeated in the future – The Elders and The Religious Leaders should come out openly to condemn such things – and preach for calm, control and peace. Being afraid and silent just makes a bad situation turn worse. We should only be afraid of Allah than anybody else.

If you see the images you will notice that they are mainly young people! I personally feel that this is the greatest loss of all things considered – in future relations between people.

Unless The West especially remove these double standards in dealings with especially The Arab and Muslim countries of these hate campaigns – there is only more troubled waters ahead – and The Losers are everyone – including them too! Especially their outlook that we are dispensable opportunity costs to please those that our adversaries – whether expressed, hidden – or even inside!

The current video messages from The White House and others to Muslims of The World are in the direct direction – albeit belatedly. We need to be treated just as they treat The Jews and The Holocaust – no lesser!