People On The Move!

I was watching the TV news of Australia building Refugees Holding centres outside their territory to cater for refugees from other countries trying to move and settle in Australia. I was also watching the news of Canada breaking off relations with Iran – and all the hyperbole and rhetoric coming out.

And then my Book Publisher in USA was telling me that if ‘I ever consider for a USA Green Card’ I could be eligible for review – because of my books and writings. In the two weeks before – we had two types of ‘family related’ who have come from UK and from Canada and USA – and also from Yemen and Tanzania too.

They – like us – had made a choice in life of going where they wanted to go and to be. It was also really painful to see so many lives lost in sea trying to reach ‘better and safer’ shores in life. I guess the main driving force was that people were not happy with their status quo in life – and as they say ‘it is all economy related’ more than anything else! 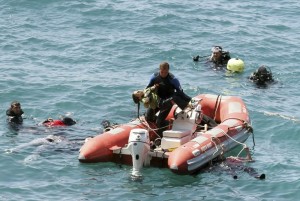 Then I looked at the sad and tragic scenes of the ‘Syrian Tragedy’ of refugees living their own homeland at short notice to find ‘shelter, safety and refuge’ in other countries like Turkey, Jordan, Lebanon etc. The most hit victims are those on the ‘move again’ like the poor Palestinians and even Iraqis for that matter – and leaving Syria where they had gone first from their homelands for refuge. So sad and tragic it all!

Syrian Refugees on the move!

And then the poor Rohingyas of Burma – who nobody wanted to have – being poor peoples and seen as a burden to society. Their sad faces as they returned from the place they are all fleeing to – and told to return. It is always the poor, helpless and desperate people that suffer the most! Again so pathetic, sad and tragic! The bottom line – and the red-line – testing line – is ‘people not being happy’ in their status per se! The rest of the reasons just fall in line! 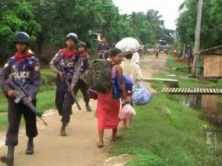 The Rohingyas on the move!

In one of the interviews, I saw live during the Lebanese civil war was this Teacher who sadly lamented ‘that he had never thought a day would come when he would be ‘a refugee’ in his own country – or as politely put as an IDP – Internal Displaced Person (People)! He then said – I can now understand and appreciate what a ‘poor Palestinian’ feels!

I watch the Al Jazeera Television Documentary titled After September 11 – and the people that had gone especially to USA – and The West – from other countries from Islamic and Arab countries – and why too they are not happy with the way things are going and the increasing Islamophobia cases they encounter. And how all their hopes and dreams were slowly diminishing – day in – day out!

During the dark times of history of our Nation – many people had left the country for other destinations – because life was unbearable, hard and difficult here. After the Accession of His Majesty Sultan Qaboos bin Said – May Allah Give him long life and health – Amin – our family had a choice of going to UK – or staying back in Tanzania. We chose the latter for our personal reasons – even after the bloody Zanzibar Revolution – until the doors were opened for us the family to return to Oman instead!

Last week one of the relatives had said to us – I really do miss Oman – and I hope one day I can return – and retire there! Married now to a British person – and settled to UK instead. My late father used to say – it is this stomach that is causing so much trouble and misery to us humans – because it wants to be fed at least once a day – if not more – and also water too.

It is always the poor, needy and the desperate people that always get most hit – and suffer the most. If you are rich, wealthy and famous – there are more options available for you than anybody else in life!

Tell that to the good Spanish people – and others in Europe – that had not ever thought in their life ‘to look for greener pastures’ outside home. This Spanish Engineer Lady was saying that though she had a very good job in Germany – but she still missed home – though here she was paid far more than she had ever dreamt – because she spoke in addition German and English. We cannot all be like Bernard Arnault either in this world!

As a person, I am always grateful to Allah to have parents that – after the Zanzibar Revolution – went back to basics – to even sell food – and my late father selling coffee and ‘kashatas’ (sweets) – so as to ensure that their children were educated and went to school – the fruits which came out more – when we came in 1972 – with need of Omanis that can read, write and speak English. The tradition and customs that do continue to this day with our own children too!

Frankly, education and training will always remain an investment with the youth – and for our own legacy, future and destiny. And you can never go wrong here! Countries like Iraq and Iran can show us by demonstration and examples – when friends turn foes – and your own are tasked in isolation and boycotts. No one knows what the future will hold – but as the East Africans say – when your neighbour’s head is being shaved – put water on your head – just in case!

May Allah SWT Protect and Preserve us all – Amin.