At My Workplace (Outlook)!

The Apple versus Samsung Lawsuit!

You will no doubt forgive me because I am not an IT Specialist nor Expert – but I do like gadgets a lot!

Whenever I am down and sad and I have some money to spare – I go and buy a new gadget! I was using my own PC gadget bought only a few days back – instead of the Office PC (the old stand-up version)! I was happy and smiling to myself after fixing it – and then I quit just a few minutes later – when I showed it to what I thought was an appreciative ‘old friend’ I knew GM – fellow Omani – whom I did look after in my old oil company days – but people have short memories – especially if you do not belong to their lot! He was looking to fill my position with an Expatriate – whom he would have to pay lesser than me – even if the job was only temporary for a few months only!

But that is how life can treat you – if you put your trust and faith to people – instead of to yourself – and you compromise your ethics, principles and professionalism – for a few Baizas – and at opportunity cost to yourself. In that way admittedly I never learn my lessons – even if my fingers were burnt just a few times before!

Anyway, to both Samsung and Apple – I have both your equipments at home – and I know which one I would prefer to use for what use – but I am not revealing now because the case still continues unabated! 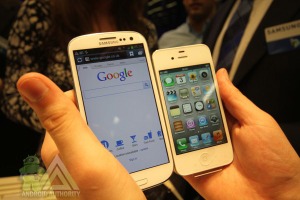 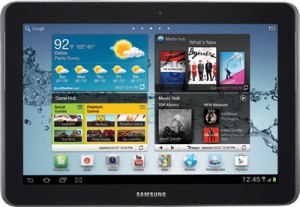 Frankly, my own feelings are that the two giants – at least for the sake of their customers – whom they should have put forward as paramount – should have come to an amicable out of court settlement – rather than go all the way for a Jury Verdict. It would be interesting to know who are the Jury? And what equipments they have or use? But I guess those things will have been taken care of in the Jury selection!

Sometimes in life you just have ‘to give in’ because you simply know that you will never win – even if you tried hard – because everything is dead set against you as a poor individual against bigger and more powerful forces – and you know that you will never win anyway – and like that 4WD stuck in sand – and the more force you use to try to get out – the more the car gets stuck in – or as I always like to say – making your head swollen and red by ‘banging it against brick walls’! This law of the jungle or big fish eat small fish are the main reasons that we are now in the world in so much troubles, disasters and calamities – and the weaker ones are the ones that suffer the most now!

It should also be said that sometimes you may choose an opposing gadget from what your mind was actually set for – if you encounter rude and arrogant Sales People in your chosen side – and just go for the competition as ‘your way of protesting and demonstrating’ – especially if you have complained to higher levels in person – but they ignore you – and side with each other – because they are ‘all friends from home’ per se! They should have put the customer as ‘top consideration’ – and whatever happened to the maxim that ‘the customer is always right’? No one cares or bothers anymore! And that is the most sad and tragic part!

That is how I ended with both gadgets – but I am not saying – at least for now – which one I bought first – and then go for the competition – unless I desperately wanted the thing that was near my heart – but not happy with the treatment – that is you decide to ignore this even essential part – because you want so much to own this thing your heart has set upon!

Last week we had a family gathering – and my article was supposed to come that day – but did not! In a way it was good that it did not come out anyway – perhaps because of the holidays mix-up – but don’t you agree with me – and as we the Arabs like to say – from the stomach of evil came blessings – because in that way I came to know who in the family support me in writing – and who do not – even at your own expenses!

I always keep telling them – and all who want to listen – that there is simply no money in writing – nor in books – unless your book starts selling in millions in different languages – or you are a great personality like Tony Blair – or Bill Clinton – and people buy your books because they want to read what you have to say!

But then should the likes of us give up? Take a blanket and try to hide ourselves in a corner? I guess not! Otherwise life will be very dull – and no challenges, innovation or trysts of any kind!

But then you will forgive me – because though I say I will keep quiet this time – but I open my mouth to speak again – and again – and right direct from my pained and hurting heart! I could only see some light at the end of the tunnel which – God Is Great! – His Majesty – May Allah Give him long life and health – Amin – for the Renaissance – by ordering more Libraries Hisn Ash’shummokh – and hope they do stock books by Omani Authors – even if you do not agree with them! And hopefully those VIPs I sent my books will feel bad enough at least to acknowledge the receipt of my complimentary books – even if you do not like the books – or even me as The Author!

May Allah SWT God Guide us all in the right path – Amin Amen!

With due and sincere apologies!