Please will forgive me for dramatizing and going morbid and being so melodramatic – but I have this inner feeling that out there in the streets there are now great tendencies of what can best be classified as people being on the warpath! Or are just being suicidal to say the least!

The other day this fast coming car – with more than 5 youngsters inside in this small car – were trying to get in between my 4WD and a bus on my right side. It would have been alright if I was in the fast lane and blocking them – but I was in the middle lane and going at normal speed limit – and so was the bus on my right side. A bicycle could not even get through the space – let alone a car!

They did not seem to care at all – as if they were going for a mission impossible trip – if not a suicidal one at that! It is okay if you want to kill yourself – or hurt and injure – pain and maim – but why should you take yourself along with other innocent people – and who are driving just safely, carefully and defensively?

In all my columns unless proved otherwise – I have and still propagate this great theory of mine that the way people drive on the roads nowadays – for both Omanis and even Expatriates for that matter – is linked to the level of unhappiness and dissatisfaction levels. As in my columns, I believe that this is linked more with the Offices environment – followed by family, environmental factors and others.

I was looking at the Global Happiness Index and I note that there are hardly any countries from the MENA areas classified in the top lists – if any consolation is that there are other countries that fare much worse than us!

Last week I was reading this magazine titled Campaign Against Suicide. The campaign is mainly targeted for the residents and guests – and mainly of Indian origin. The article shows 32 expatriate suicides committed alone for the period from January 1st to end of April 2012.

It studied the suicide patterns, the causes and fallouts in order to have a better understanding of the phenomena. The campaign aims at visiting the Labour camps, offices and homes – through discreet means in order to encourage those with such suicidal tendencies to have and get a feeling of belonging – being appreciated – and to come out in the open!

And those are the key words. The truth is that such suicides include all ‘classes and categories’ of people – from students, nurses, teachers, businessmen and labourers. The only part we come to hear are those ‘successful suicides’ – but there are many others that ‘have failed’ – and go hidden and unreported – as it being an embarrassing taboo subject. 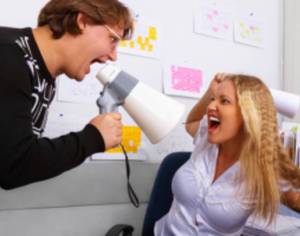 I wrote about this morbid subject even from June 2003 with the title ‘Why do they do it?’ – with a woman – a related one too – that I still cannot comprehend from hanging herself – all because of perhaps a family tiff and dispute. With the son growing up saying ‘I will kill my father one day!’ – because the son blames the father for the bullying and aggression.

As a Columnist, I get many email letters from especially the expatriate wives that are not happy at home – though it may ‘shock and awe’ many that their husbands have well-to-do high profile jobs – live in decent places etc. And it all has got to do with the wives being professionals – and are not allowed to work by their husbands and or legally – and or cannot just find jobs.

All IMAGES FOR DEMONSTRATION PURPOSES ONLY!

Just go and visit the ‘Situation Wanted’ columns in the newspapers – and see how many female job seekers are there on ‘family visas’ – qualified and looking for jobs. It is a bloody shame – because both they and the country can benefit – than by bringing in more new expatriate staff – and just adding to the phenomena!

When I had my Consultancy, I had ladies with Doctorates PhDs staying at home as house wives – and in some cases if they were employed they could even be bigger bread earners than their own husbands even! And tongue in cheek speaking – some of the ladies are really presentable and pretty – and perhaps of this reason – have jealous and envious husbands that do not allow them to go to work!

These unhappy and dissatisfied women are more prone to be suicidal – especially if the marriage is arranged – and the husband spends all his time from 6 a.m. to 11 p.m. in the offices – and also worse off – if he does not know how to be patient and tolerant – and treat his wife and family well.

Please forgive me for bragging and ‘blowing my own trumpet’ but there is big vacuum in the offices of ‘trust and delegation’ – when the boss does not trust anyone – and never delegates – ending for him doing all the works – even the menial ones that can easily be entrusted and done by his subordinates!

In my book Psychology of Arab Management Thinking! – www.myown-ebooks.com  I have given many examples – and I have myself become the victim of the circumstances – especially with bosses – who have been taught, educated and trained ‘to control and dominate’ others theories! The problem is across the board – though admittedly the Western boss fares a little better than the rest – generally speaking that is!

I still believe that things need to change first in the offices – otherwise they will drag the rest of us all into this cesspit pool – and the Losers will be everybody. People need respect, decency and good well-mannered treatments – and to have a feeling of belonging. As I always say – treat a person nice, decent and well – and he will try to bring the moon to you.

It is also a question of people waking up to the new realities now at our doorsteps – and learn to change and adopt fast – otherwise it will be as usual – Change before Change changes you! And we will never just learn – even if the ground below us is crumbling below our feet even!

God Help, Protect and Preserve us all – and our families – Amin.Amen

P.S. In Islam suicide is considered as the greatest sin – and one is designated for eternal damnation from the grave to eternal hell fire starting from there. Killing of one innocent person is like killing a whole nation in punishment – and eternal hell fire….!