Between Us Only! – Outlook!

The Family In-Fights And Feuds!

Like everything in life – there are two sides of the same story – same just like in a coin! The situation becomes more confusing if a third dimension or perspective crops in – rendering the whole situation more perplexing and confusing! So please bear with me whilst I try to make my points across. Because I have seen this in real life!

The best example was last Eid when my article had appeared on the same day. I had bought extra copies hoping that it would turn out to be a great conversation piece! Apart from two or three avowed enthusiastic always family members who were keen to read the articles – the rest were not.

They were more interested in passing around the latest rumours and ‘hot spicy news’ than engage in constructive well meaning discussions. One or two just scanned the newspaper – and put it down when they came to my column! I guess this happens in many families – not only in our own! 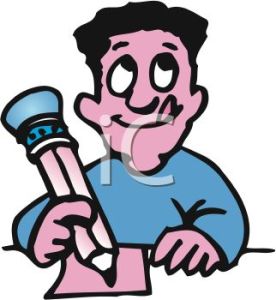 Images All About Writing!

This I found in discussions across my fans listings that includes more expatriates on a rough count than fellow Omanis. Though I have been proud and elated at one social gathering when even some Public VIPs complimented me by saying that they only buy the newspaper on those two days my columns appear – though they may say the same to other Columnists does not bother me – at least it got said to me!

So you can see the point that I want to try to make here. If you have read about The Good Samaritan then you know what I mean. Or to bring the message more clearly – as The East Africans say – That which bites your skin is the same fabric that you are wearing – though supposed to protect you – but unknown to you it is also doing the biting (scratching) your own skin! 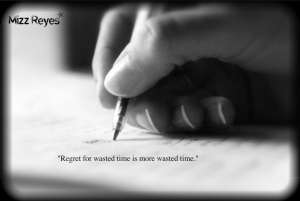 Images – It Is All About Writing!

I do not know about some others – but I know for sure that I have supposed to be ‘family members – and even friends’ too that are dead against everything that I write! They just do not want me to write. These elements were exposed when I had stopped writing for sometime – with the congratulations and compliments ‘that you did the right thing (decision)’ – sic!

This is a fact of life. Frankly sometimes I do not feel to go to social and family gatherings – because there will always be someone to annoy and upset you – to make him feel good – and those around in! That is our envious and jealous streaks in our blood!

Frankly – if my career had really taken off – and or my consultancy business had taken off – then in most likelihood I would not have stumbled into writing – which was in my blood and ambition since I was 12 – and winning a National Writing Contest when I was just 14 with the topic – My Most Vivid Dream!

In my article last week I also narrated about Tina Turner and how her own husband was becoming increasingly jealous and envious of her – because she was stripping and overtaking his own popularity and with the fans! Just imagine! Your own spouse even! One time a friend of mine was lamenting about the time away from home that his wife was taking to do her business!

She comes from work – and straight goes on to do her business – and it is the housemaid that does the house chores and works till Madam returns late home at night – and then straight to bed. The routine would repeat itself even on Thursdays – and even Fridays sometimes. The man was pointing to his chin – I have had it up to here! Even if the business was a great earner to his own family!

He even proudly and meanly boasts that he had gone to pick Madam at the shop – but he simply refused to go in – despite the pleas from the Office girls ‘for at least for him to have a look inside! When the business collapsed – and Madam was in great stress and depressions – it secretly and sadistically pleased him to see she is back in the house – even though she lost her public job because of the business problems!

He felt that she is now back in the house – where she ‘rightly belongs’ – even though they had now bigger financial problems – and the man was the only bread earner – and even if his salary was far lower than that of Madam! So you can just see how mean, dastardly and vicious some people can get! Even to their own spouse – and family!

One time another ‘friend’ was so upset and agitated that I had sent my article email to his wife. That was the time that I did not have a website to record store and write-in – though the wife was number 75 in the To list. He spent all the time to check who else the email was sent to – instead of doing his job that he was paid to do in his office. Even though I told him it was her that wanted to be included to receive my article – but he would not have it.

Hearing the commotions my HR Assistant – a nice decent boy – also IT buff – designed and gave me my first website as a gift on my birthday – www.alsuleimany.com I then stopped sending out my articles – unless personally requested now! I learnt my lesson the hard way! Thank God what I sent was all decent – otherwise I would have ended in more dire straits and trouble! Could even a parent be jealous and envious of one’s own sibling? Or conversely? I think enough shocks for today!

As our good Indian friends say – that is how the world goes around – so be ready for both pleasant and unpleasant surprises – whether you make it – do not make it – in life!