Between Us Only! – Outlook.

Or The Marriage In Secret!

There is this article that I was reading titled – Women battle over who gets recognized as dead soldier’s wife – A fallen soldier’s two wives meet for the first time at his funeral. It is about an American soldier who – on return from active duty in Afghanistan – had died of a road accident back home. After his death, it materialized that he actually had not divorced his first wife – and as evidently clear from his personal records with the USA military.

Both women had attended the funeral service – though not speaking to each other but sitting together in the first row — yet only his first wife received the U.S. flag presented by the military. The second wife (bigamous) was even not contacted by the military about his death in a rollover accident on April 25.

Instead, the USA military had contacted his first wife – and said she would receive survivor benefits as well as the USA service flag. The second wife had hoped she would at least receive the flag – but the first wife family had made the point that it should go to them – since the first wife bore his first child! A third woman – also with the dead man’s child – had also attended the service – but she had never been married to him.

So the problem is International – Men versus Women!

I have written many articles on this taboo subject – that seems to now be the in-fashion-thing-once-again in town! See my Between Us Only! Series – www.myown-ebooks.com The only sad and tragic part is always like the above story – the secret is always exposed when the man dies. Thanks to our Religion that we are allowed to have four wives – of course paramount is following the rules and requirements for this – including informing the other wives – and trying your level best to love and treat them equally!

The other day this great lady fan had asked me to write again on the subject. She is also suspicious because after more than decades – her hubby husband has started now again singing in his bathing – his favourite – the famous Rhythm of The Falling Rain song by The Cascades. She says to me despite her vigorous purposeful attempts to try to annoy him and in nagging – the man will simply not have it – but continuously and unending is still smiling and enjoying himself!

He had even started dyeing his hair and beard – too once again! Including taking care of his food intake – and going for walking and exercises. She has also noticed sly mean looks from her husband’s friends – including women who turn away looking at her – when what it seems she has noticed them gossiping – what is likely is about her! She finds all these habits strange and awkward – especially the most damning evidence (and I would consider stupid!)  of him changing his attire from the one that he left home on that day! She says to me – he has now found a new hobby – after retiring – and I am sure wanting to know what that that hobby is (sic)! 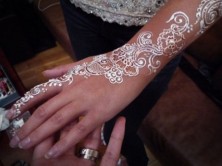 My late father had at one time three wives. One is the first wife with him from Muscat with my late elder brother and sister with him in that dhow to Tanzania – both aged 12 and 10 respectively. Then my late mother – his first cousin – so we are Al Suleimany both parents. My late grandfather – paternal – born in Manah – Oman – had overall over 12 wives – though remaining within the ‘legal limit’ of four at any one time in particular!

Though like most families – we had siblings rivalries and troubles – but take my word for it – sometimes they were bigger within the same Mother – than between Mothers. My late Mother loved me just like her own son – if not more because I listened to her more than her own son perhaps did. She taught me how to pray – recite the holy Quraan – and she cried whenever she saw me proving to her that her attempts to make me a better practicing person were not in vain. When I got a head bump and blood was spurting out – she used the famous Omani treatment of white egg and flour to stop the bleeding. If she had not done it – I would have bled to death!

The point I want to make is this. Our late father – and others like him  – were in that able financial position to treat their wives fairly and squarely. My late father would buy the same type of fabric – the joke went that it would come in different colours for the wives to choose. Believe me – the first Mother would say choose what colour you two want – the left one is okay for me. I used to wonder – what if they all wanted blue – and only one got it!

So what has changed now? Personally, I believe it has got to do with the economics! Simply and bluntly put is like this. Those who want to get married to second wives – whether openly or secretly – the majority of them simply cannot afford it! They expect the second wife to come in and provide! The women has gone over 35 – and few years left for her to get a normal baby! She is hungry and desperate for a soul and life partner. She may have a good job – a good car and a good house even – but she cries at night alone – sad and unhappy!

She starts asking herself – Why me all  alone – Oh Lord – why I am still single? In comes M – oldish type of a person – with a high sense of humour and wit – funny type of a person – educated and qualified. He is ‘a good decent man – kind hearted and feeling’ – I would not mind to be his number two – even if there are other younger suitors – but they are more interested in what I have than me personally. But M is different.

Tell that to our women of today! There are no longer second (third) marriages fixers nowadays. Even the first time getting married once either! Ever wondered why? As the East African expression goes – Do not ask a man with eyes to see! He can see for himself – that second wife – even in secrecy!

It is time for the First Wives Club to go back to their Religion – and move all these secrecies – and such illicit affairs – because hubby is simply afraid – and scared! There should be only one club –  that-we-share-alike-openly club only!