At My Workplace! (Outlook)

When I was 14 years old, I broke my left hand playing football. But you will not believe it now – but I was acknowledged as being a good goalkeeper!  It was the talk of town – the son of the man Said was a good footballer – he always caught the footballs in whichever direction they came from – and however fast they came! What happened next was one of the fast footballs hit the goal post hard – and it was made of heavy pipes. One of the tumbling pipes hit my left hand – and it broke into two – just held together by the skin! 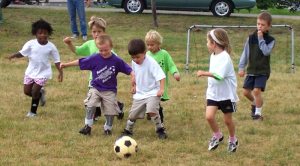 One will not also believe this. I got a beating from my dad in front of the now angry local doctor who simply could not understand and comprehend what he was seeing happening right in front of his eyes – of a young boy with a broken hand being beaten up by his father.

But he could not understand my father – because he had called us to come into the house from the football playing fields – but I had gone on playing past Maghrib (dawn evening) praying time! There was also talk of the place being haunted – because you heard your name being called out loud – but you could not see the caller!

Anyway, that was ever my last beating from my late father. As if he had acknowledged his mistake after the local doctor reprimand – and vowed to himself to never touch this boy again. I never played football after that – in actual fact all sports! However, one time I was persuaded to be the football referee – though honestly I did not know much of the football rules. That tells you a lot about people being seen to be in control and in-charge – when they simply know nothing of what they are controlling about!

There was this big scream from one of the players – Offside! So I blew the whistle. Out of which 22 people with one single football – and their supporters surrounded me – yelling I did not know what I was doing – or knew what I was doing – and the ball was – was not – offside!

Soon afterwards, I was kicked out – because they then realized that I did not know what I was doing! It was a wrong decision by them to put me in this position of authority and control – and when I knew nothing about the football rules – and what being a Referee – a position of trust and where people look up at you – for guidance and leadership is  – and you fail them miserably!

It was my duty and responsibility to decline the role – even if being forced upon me – because I simply did not know what being a Referee meant all about – and had let down people badly – till they found out all about me in reality – and asked me to step down – with all respect and esteem gone.

It took me a long time to realize the realities and truth in life – because it is better to decline a position and role I knew nothing about – but it was my pride and vanity to continue and assume it – and pretending to know things which I did not know anything about here!

You will find the same in life with Managers in Companies – especially those with little and or marginal education – but they have to demonstrate and show their powers and control by being also talented and experts in all the disciplines under them – even if he simply knows nothing about the fields and subjects. 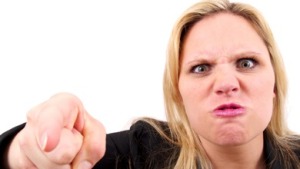 You get such people dictating and instructing The Finance Manager how to run and do Accounts. The Human Resources HR Professional – I mean here the real one expert, consultant and professional – not the ex PRO promoted to the Manager position so he can be controlled and be dominated – on how to run the HR Department. Worse when he or she interferes in Technical and Engineering professions – or the HSE job aspects – even if he simply does not know anything – but it is his pride and vanity that keeps him going on and rolling.

Never ever will he admit he is ignorant of the subject – especially a few smart alecks from them – who know how to use Google Search!

Despite everything happening around us – nothing much has changed! All these Managers know is to show off – and insult and ridicule others. Their paramount need always is to control, manipulate and dominate – and subdue any voices of attempt to defend oneself or explain ones position!

Two days back I got a very good offer for a Consultancy job. It is my habit now to conduct prior hand research before I take up anything. When I came to realize that he is not much different from the last place I had left – I politely declined.

Frankly, I do need the money for sure and which I cannot deny – but at this age in particular – it is the respect and esteem which is more important. Some people handle power and authority badly – and things go into their heads to make them proud, conceited, vain, contemptuous and ridiculing others!

The point is that though I am wearing a dishdasha, I can go to any Western country – and despite my age – they would welcome me in without any delay – because they know what they are getting.

That is why I personally feel that things will never change in the Offices environment – despite all the changes going on around us now! People are simply too proud and conceited – even to notice that the ground is crumbling down below their own feet!