Or Differences In Regional Planning!

It was my honest wish and desire to sort out these issues amicably and between us only – but the Company Officials from the Sponsors just ignored all that I was writing to them – even the Public Officials too – as if I did not exist.

It is a public secret that some regions in our country are more vocal, demanding and forceful compared to others. These regions are well known. As an example are perhaps the same areas that we have seen some recent problems last year amongst the Youth especially!

Recently, I have been engaged in some Consultancy temporary job with one such company created in the national oil company concession areas to create local community companies – in order to alleviate the social problems related to youth unemployment.

Those who are my avid readers will acknowledge that our family (grandparents) originated from Manah – and then to Hayl Al Ghaaf in Quriyaat – to Tanzania and back returning to Oman. The (LCC) local community company that I was working with comes from the South concession areas.

There is an ugly and unpleasant offshoot that has now arisen. After only working for 6 weeks my contract was terminated by one such company – because though there are expatriates there – does not matter – but as an Omani I must come from the region that the company is going to operate in – even if they cannot find really competent qualified and experienced from-that-area Omanis!

It would have been okay if it was only me with my loud mouth and ‘can-be-trouble-label’ that is following me – but then two other Omanis were also terminated just like me ‘because they do not come from the Region’!

Frankly, I have been one of the few Omanis that had stood up and tried to direct my oil company I was with then to give more attention for CSR (Corporate Social Responsibilities) projects in the areas that I was working – again The South. This though my job as a Personal Planner had nothing to do with the company relationships in areas of operations per se! But I was moved on to see the types of services the villages had – from leaking schools’ roofs and fallen blackboards! Keep remembering this was the late 1970s!

I always look at things from a National Perspective – as my records show and prove! But we simply cannot allow at this time and stage to allow polarisation and ethnic differences to crop in. An Omani is an Omani – he has the same Red Passport colour – unless you are a Diplomat with the black colour one!

I have written so many articles on National Unity and Bondages – like All Under One Flag – Forty Years On! The sad and tragic thing is – no one reads them – perhaps because of the writer – and or perhaps because it is written in English! 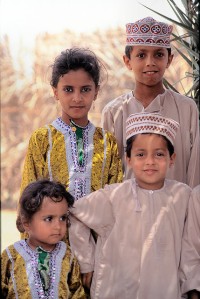 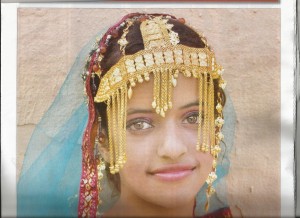 At Least For Their Future!

Honestly and frankly speaking – these local community companies LCCs created in the so-called concession areas are going to be the double edged sword that everyone is talking about – you cut – but it will also cut you in the process!

We do not want to go the route some even our neighbours are going through now – when minor issues are blown out of proportions – like how you handle school children graffiti. Schoolboys will always be schoolboys! Or hearing peoples’ cries! We do not like also to go to the route of countries like in Nigeria – where the oil company areas of operations end up being polarisation, ethnic differences.

I too would like my home towns to have such local community company. So would Sur, Sohar, Ibri, Nizwa, Fanja etc – and even in Muscat too!

We have so many enemies – both within and outside. Some of them are actually good in using tools and weapons that seem on the outset to look decent, honorable and genuine – but are actually spiked with hidden manifestos and agendas.

Paramount is what is in him personally (not nationally) – to his added interests, advantage and profits – or hidden agendas to achieve – and so long as could be covered up in the national dressings and umbrellas. People from their home countries will get jobs too – high ones too – and equipment, stock etc purchased from there – and all paid in full in operating costs!

Besides, there are no added advantages or value by having these supposed super LCCs. What they will provide is already being provided by other bigger national companies – and for far cheaper rates and in economic values than from a new infrastructure company like these LCCs. The extra monies spent are down the drain only! These could be better spent in building in schools, hospitals – or even Youth Centres!

We do need trustworthy strong reliable can-stand-up Public Departments that can think realistically; practically pragmatically – for the Nation – and who treat all the regions equally, justly, fairly, professionally and ethically. Just because one of my children makes the most threatening noise – I then give him (or her!) the whole chocolate bar – but not divide it equally to all my children! Or if they will not agree to share – then I eat the whole chocolate myself to teach them a lesson.

It is time the Planners take their roles more responsibly. Also those Company and Public officials start to listen to the cries from the citizens – otherwise we are all headed for more unnecessary and avoidable troubles in the future only! They should take their roles and responsibilities more seriously! If they cannot do so – then they should say so – so others that can do the jobs better – are brought in!

Action is needed now – before it is too late for everyone! The East Africans have said – Do not tell someone with eyes to see; with ears to hear; and with a mouth to speak! Allah God Protect and Preserve us all AMIN Amen!