To Be Honest and Truthful With Oneself!

A long time ago the old man – our late father – overhearing our usual complain deride and compare chatter and talking was advising us his children and grandchildren not to be jealous and envious of others in life – Because it is against the very ethics, principles and fundamentals of our Religion – and that was why the Great Prophet was sent amongst our midst to stop all the bad things and practices that were happening at the time. The old man added – Despite his coming we are still doing the very same things he had commanded us not to do – what would the situation be if he did not come in at all? He is surely turning in his grave!

The old man would add – Just do not look at people imagined by you to be ahead of you in life – but look at how many others are behind you – and ready to trade places with you at the shortest or no notice at all! So it is Haram (prohibited) to be jealous and envious of others – or speak bad and evil of others – especially if they cannot defend themselves! 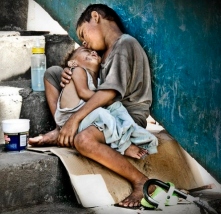 Discriminations, divisions and polarisations we should aim to stop and prevent – because we are passing these bad things to our children and grandchildren to follow and emulate – and we should strive to learn from our own mistakes and errors of judgment – and what we can see and learn from others’ experiences and lessons in life too! 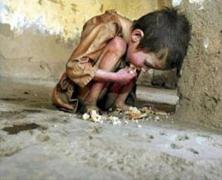 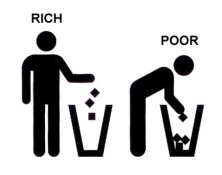 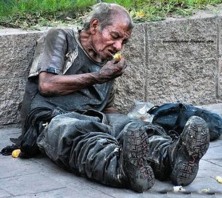 I was watching this documentary which made me write this article today – and remember my late Father’s words – peace be upon him! The documentary shows a female doctor in a Western European country treating a child from a family that has lost their home and are jobless now. The place they are staying now – which a charitable person had given them temporarily – had both utilities of water and electricity cut off – because of nonpayment.

After the child is treated (for free), the charitable organization gives them food which they take to their family – and you can see the children so excited that food is now on the table. It is so heart rendering and emotive – to find people in such a perilous and devastating state in life – after their national economy took a steep deep dive! Albeit that a few years ago this situation did not exist at all – and nobody had predicted the situation to come to this extent!

The other reason that I am writing this article today are two reasons – one my own private one – which will take a column by itself – but the hint is in the start of this column – and the many correspondences I have been sending out to various people – and reminds my own article – Hard of Hearing! People will never change – and still no lessons ever learnt in life!

The other reason is general. And starting with the later – I was really shocked and startled to read in some of the newspapers columns of people now asking that the minimum national salary to be increased to Omani Rials 500 (Five Hundred) from the now Omani Rials 200 (Two Hundred). Are these people for real? Or is this a joke?

Keep remembering that at an average that this is the total salary package for a college finalist – or a secondary school leaver with 2 or more work experiences. I will not even cross over to the expatriate sector or side scales – because I simply refuse to rub their faces further more into the mud – or like the East Africans like to say – to ‘add salt into the wound’!

Let us be real, practical and realistic! We are not that very rich country even in comparisons to our own neighbours. Where in some places they ‘look well’ after their population – they can afford it well due to their national wealth and the nationals being minority in their own country!

In one of my last jobs in one such place my Assistant was earning far more than me – because she was a National – not me by default and inadvertently! I could have been stupid than I am normally – by insisting to be paid more than her – but then they will show me the door to the lift and exit door on the ground floor!

And frankly even if the country went – or could go – on this route of giving such scales – there would be great opportunity costs in many arenas. One of the fastest ways to drive away our current investors – and future ones too – is to go down this route. It would also mean now closed all the doors (and windows!) in future Omanisation, Development and National Recruitment!

What really troubled me was to hear this doctor saying in the documentary – I was always planning to go to one of the third world country to volunteer myself and my services for the less fortunate. But I never realized that one day I will be doing the same very things in my own country – to help the poor, disadvantaged and the needy in my very own country – now!

People should think carefully and wisely before they put their ideas into reality – and the possible outcomes, repercussions and reactions by such ideas and thoughts – though I will defend your full rights of your freedom to do so! But we still need to think on the outcomes and affects on others – and possible repercussions. It is like giving blades to children – and hoping that they will not cut themselves in playing with the blades!