For The Oman Daily Observer Features of

Marriages – losing its importance – and a dying institution being slowly suffocated inside and at its base!

Signs of the times – the-in-thing and fashion nowadays!

The world is a very strange place – and one can even dare to say that life is unfair! Whist some do not deserve to be married at all, yet there are so many nice and decent ladies out there that really do deserve to be married – and have happiness, good life (soul) partners, homes and children – but yet are still single and crossing 40s too! Or divorced because they took wrong life partners – and as is said ‘once bitten’ do not want to try again! And then you have others that are widows – and having children – the men run away from any ‘serious relationships and commitments’ – as men always do with few exceptions!

This phenemona could also apply to the ‘divorced women’ – whether they wanted it for themselves – or as a result for example hubby taking a ‘younger prettier thing’ – or just as a result of bad relationships! The sad and tragic thing is that divorces are now increasing alarmingly high. I do not have a scientific research to quote figures – but it is the trend – and too the talk of town! 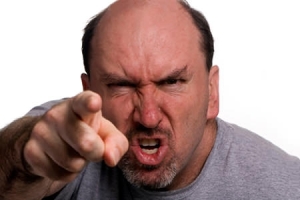 Once it used to be mainly young couples just married (some even from a day to three months period! – just like a probation period at work!) –  the trend now is moving to older longer married couples. Sadly and tragically too – when both couples have retired – and each one finds for reality he or she has married a ‘devil and evil person’ unimaginable at home!

Some years back when I was working in a neighbouring Gulf country, in my Office there were three or more divorced (separated – which is another in-word-fashionable thing to do also!). And admittedly many pretty things that went single – and not by design as some proudly conceited – but by default, result and inadvertently! It was a difficult and troubling time for me – ‘being chased’ and as living there alone for a very long time – until then my son joined me!

In the generations of my elder late brother – he and his wife stayed with Father’s house. Initially when we the younger ones were still single – or just getting married – we stayed in parents’ house. We then moved to our separate homes – both the girls and the boys! It was always in few isolated cases that the married boys with spouses that had stayed in parents’ homes – and the trend is now catching on and has got nothing to do with customs, culture, heritage and tradition – but the ‘bare neccessities’  in life! (Jungle Book!).

As a Writer, Author and Columnist, I have a huge fan mail – and with ‘tongue in cheek’ – there are more the ladies than the gents! Of all kids, nationalities, religion and creed! And how we all human beings are just the same! Bottom line the blood is all red – and no other colour or complexion! The other day I saw this documentary where this ex Communist Eastern Block country baby calling her mother – Mama! – and I thought at first it was the same like that baby in East Africa!

The point I want to make is I get landed with a lot of ‘marital problems confides’ – and sometimes to an embarrassing levels – as some of the husbands I know too – and some I could call as even my friends – even if they do not call me that conversely too! Talking generally and not into specifics, sometimes the shocks are beyond belief that these things are really happening – and to people we know too! A famous East African expression goes like this – the home protects its secrets! Or as my good friends the Brits will say – ‘skeletons’ in the closets (cupboards)!Sometimes appearances can be very deceptive. Not everything that shines is gold! There are exaggerations here and there – acts, deceptions, lies, facades, pretenses and charades – that everything is ‘fine and dandy’ – but the reality is completely different!

Things should start at an early stage by leading as an example of the importance of marriage as an important institution in life – and everyone should have a role in this – from Teachers, Religious Leaders, Society etc – but more importantly from parents to lead by examples. When you fight viciously, rancourously and bitterly infront of the kids – or even extremes like domestic violences – what are we trying to do to our kids? Copy and emulate – or scared stiff to get committed – and in marriages? My books especially Between Us Only! – series – have many articles on such issues – www.majidbooks.com