Just Say No To It!

(This Is The Full Version – Briefer in The Column)

Peoples take great pride and sadistic pleasures that they have said NO to someone. Especially if there is something particular or special that you do not like about that applying person. It is all subjective, personal, individualistic and selfish approach, not looking at the ‘bigger picture’ or putting blinkers on’ on the journey that you have set on yourself to reach, and you do not want to look at the greater picture. Or as they say – you cannot see the forest because of the trees.

This beautiful high profile lady was telling me – M, I see that you always get emotionally involved in the subjects that you write about. You know Writers – like Doctors – should not get attached and emotionally involved with their subjects (or patients that they are treating!). The problem is once you get emotionally and personally involved, it is difficult to look objectively at a given situation, and come with the right results and propose suggestions and recommendations that would hopefully be able to solve the problems on the issues that you have raised.

As a writer, you must be more objective and more as an observer (outside) on the issue that you write about! She is my greatest fan; surprisingly I am her fan too – because of her achievements in her career. I cannot believe that such a lady is still single, there must be something very wrong with us man, and perhaps hen-pecking is the order of the day nowadays. Perhaps too because the ladies were pants, just like us men do!

Then I get the other fans. They say – we really like the way you write about things – the styles, the approach, the format. You always quote by personal and self experienced examples (or from peoples you know well). Who said that writing was easy, even if it is more like a hobby than an income-generating thing? If you think writing is easy, try to write on something – for example on your hobbies or why you like some particular dishes.

Anyway, coming to serious stuff. Have you noticed the new trend, fashion and style in the market nowadays? It is to ‘just to pretend to use formal channels’ to say NO to any raised issue or expectations. Peoples take great pride and sadistic pleasures that they have said NO to someone. Especially if there is something particular or special that you do not like about that applying person. It is all subjective, personal, individualistic and selfish approach, not looking at the ‘bigger picture’ or putting blinkers on’ on the journey that you have set on yourself to reach, and you do not want to look at the greater picture. Or as they say – you cannot see the forest because of the trees. Or as they say in the Management lectures long time ago attended – lacking vision and lacking helicopter quality!

Helicopter quality? I hear you asking. It is simple. Remember the Forest and the trees syndrome/ Well, helicopter quality is taking off upwards, and whilst the helicopter is hovering overhead, you can see the picture better from all way up. When I told the lecturer, isn’t there a danger by still going further up, you will loose a clearer picture and see the whole thing very small in comparisons?

The lecturer did not like that, worse when this ex-Army Pilot guy in the course (now in Human Resources!), said to all of us – you know how a helicopter flies? If you really knew, you would not go up in one (something about a pin – excuse me, I am not technical!). Anyway, he did not get to finish his sentences, the Lecturer was upset that ‘we were diverting from the main issue’, though the course was supposed to be on communications, and freedom and expressions etc!  That just goes to show you – you can have all the lectures and courses, but to change the outlook, approach and views of someone (because of these courses attended) is something completely different all together!

Now coming to what about saying NO, just for the sake and enjoyment of doing so, although you know deep in you and in your heart the situation studied in front of you best deserves ‘maybe’ or even a ‘yes, but with some stipulations and conditions!

In some many cases the ground works have already been prepared in advance in private and informal quarters to say NO! This is before moving to official and formal circles and venue. That is all how subjective, selfish, bad, evil and prejudiced some people are always

Ask us so-called Human Resources and Management experts. We have a book full of (magic) tricks and ‘fooling techniques’. Unless you are a smart Director or Manager, you will know the tricks of the game, and bring the writer (proposer) to his knees – and say – be serious, please study this case more objectively! How you are asking me that you can fool too to your boss? Simple. Blow out of the proportions the weak points of the case. Say if we do this, than this  (BIG) situation will develop if we are not careful.

Frighten them the more. Just say – as a Company employee who gets my salary (the only income you can add too – if you like!) from the company, it is my duty and responsibility to highlight (highlight? Is there a lowlight?) The issue. Kill the guy – add – personally I have nothing against this person (death is faster if you even add – I personally like him a lot. He is a good person (all kind of craps, easily reads between the lines by experts, but if you have a gullible unsuspecting boss – or one who knows the tune being played and goes along with it too!) – cannot be seen or be digested in actuality.

But what if you use your judgments based on outside factors (environmental, as the slang goes)? You judge a case by not the person in front of you, but whom he belongs to? Family, Social, Ethnic, Religion, race or Creed? Isn’t that a more worse crime and unprofessional and unethical thing to do? Crosses all borders and boundaries, but is still happening. 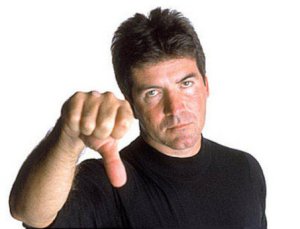 A 3rd world country President was lecturing to his countrymen. They had just gained Independence from a colonial power. He was afraid that they would not retaliate against their colonial masters. So he told this wolf and rabbit story. If you have heard it, allow me to just fill in the number of words for my column! So this President says – there was this wolf drinking some water in a river. He saw a rabbit, and he wanted to find an excuse to eat up this rabbit. So it yells at the rabbit – hey what are you doing? Don’t you see I am drinking the water here? Why are you spoiling it? The rabbit replied – but, Sir, the water is flowing from you to me. Then the wolf says – Yes, now I remember. Last week you insulted me, and then ran away. The rabbit meekly replies – but I was born only yesterday. The wolf now screams – well, if it was not you, than it must be your father. The rabbit replies – but my father has died long before I was born. Well, replies the wolf, if it was not your father, it must have been one of you, your uncle. Brother etc. Without giving a chance to the rabbit to say anymore, it jumps on the rabbit and eats it up! Let us not be like this wolf – that President said!

In the old Russian communist days (KGB), if a person was suspect, his whole family, string of friends and acquaintances were too on suspect. No one was spared. If you ran away from the country, they would imprison one of your own, usually closest to you! If they cut your phone, they also cut your whole family phones, even if it did not concern you, or you were not involved. If you did not pay your telephone bill, they cut not only your telephone, but your son’s too, or anyone else in the family – even if you paid yours on time. They just did not want to hear or listen. You all had to suffer the repercussions and consequences. If you lost favour, all yours lost favours too. Thank God communism has died. Or the wolf who wants to eat the rabbit syndrome.

Anyway peoples saying NOS always are known by all and everybody else – and why they do it is also known too!!

From the book – The Sequel – Between Us Only! – www.majidbooks.com