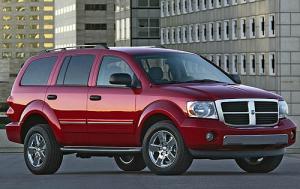 That Is The Way It Is!

The recent boat tragedy incident with several loss of lives as between the islands of Unguja and Pemba in Zanzibar is a clear indication of the way things are in some Management circles – even in our own Oman too!

As the boat was sailing out there were desperate calls from the Passengers on board for the ship not to sail and return to port as it was heavily over-loaded with passengers (packed like sardines in a tin) and cargo and luggage! But their desperate calls were in vain! Even some passengers (lucky for them!) had refused to board the ship seeing how over loaded it was already!

This is not the first time for such incidents – and in so too in many other places like in India, Pakistan. Egypt, Bangladesh and Philippines – and even so-called advanced nations too for that matter!

A few years back I got lost in an Industrial site. So I stopped my American truck in front of another Office in the same site area. There was this boy (yes boy – not girl!) talking to his friend on ‘petty and silly’ things between them. I waited for more than 10 minutes but he did not have the courtesy or politeness of our culture and environment to stop and ask me what I wanted – let alone I could have easily been his father or uncle by age and appearance! Then there was this emergency call and there was this urgent voice on the line – ‘who is the stupid fool who parked his car in front of the office? Tell him to remove it – or it will be knocked out by the 20-ton Man Trucks coming in?!

He then only stopped talking to his friend – on company phone and time! I really had felt and resisted the urge to slap the boy at the reception – and to get a free cell rest and food for the night! Stupid I then went out quickly to save out my truck. I apologised to the heavy load truck driver (Foreigner) who was so kind enough to show me the way to where I was heading.

Getting lost again – I have a very bad memory in directions and maps! – I met these 4 young local boys who took all the trouble to show me the way – ‘Follow us Uncle’ they chorused to me! It takes all kinds in life to make the rounds.

A long time ago during the most difficult, hard and troubling part of my life when my business went bust and bills were piling up and landing me in great dire straits and problems of all kinds, I took my car for selling off to avoid more complex and complicated issues at hand. There was this foreign salesman who was very rude and discourteous towards me on willful purpose – just because ten minutes before he had a fight and dispute with another local – and here was a desperate to sell customer ready and handy for pay-back time – he said abruptly to me – ‘This is our last offer to you – do not waste my time – take it or leave it!

Sometimes it is better to go off like a dog with your tail between your legs – especially as there is simply nothing you can do about it in any way! That Is The Way It Is! No wonder everything is burning all around us nowadays!