Being Delusional versus Realism!

In real life and in all practicalities and realities, each one of us has been delusional at one time or the other – though few of us would be willing to admit this now! Strangely, it is understandable – to say the least here!

A certain level of mentalness is okay – a good Indian friend (lady) to me!

Massacred in bloody Zanzibar Revolution of 1964.

My late Father (Peace Be Upon Him) always used to crack this joke when I was still single and whenever a group of people came to our house as guests. It was my impassioned and frantic delusional plea to him to stop the truck carrying us into a Refugee Centre during the Zanzibar bloody Revolution in 1964 – and ‘to go up and wake up the ‘killed and massacred bodies’ lying everywhere – as they were ‘merely just sleeping’ – and not really dead! It was a ghastly and terrible sight for any young boy – and it took its toll on one! The joke stopped after I got married – and him knowing that I did not find it ‘funny anymore’!

At the time I did not understand it or even appreciate it – but it was the emotional and impassioned plea by Radio by the then defacto ruling government Prime Minister then Late Ali Muhsin Barwani – to ‘stop the fighting as the government had fallen’ –  and to ‘save lives as there was no point to continue to resist’ as we had been abandoned ‘by our protecting friends’ – and the whole of East African countries were supporting the African-led revolution in the islands. I cried as a young man – and for a long time I blamed him for ‘giving up and surrendering so easily’

It took me many years and years ahead of me in my life to realise that the ‘he was very wise, intelligent, realistic and pragmatic under the circumstances then. Twists and ironies of life, he translated later the whole Quraan into Swahili. Had he continued as a Prime Minister, he would have had no time for such works! His works are spread all over now in East African countries – and far beyond. Frankly I found his works far better than even the recognised ones in English and in the West! 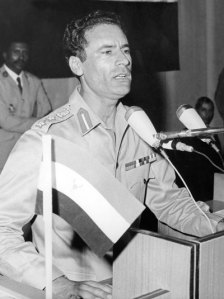 From Here as A Hero in The Libyan Revolution To Now Against Him!

This brings us to the current situation facing us in Libya. At the time of writing this, Gaddafi and his cronies and children have still not been found! He still keeps urging his supporters to ‘continue the fight till the end’ – whilst he and his cronies still go in hiding! He still thinks after all these that ‘he will rise again’ and many ‘Libyans still love me” – how disconnected from reality and truth one can get’!. Feel sorry and pity for the man. 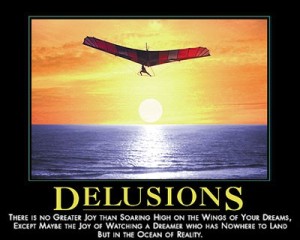 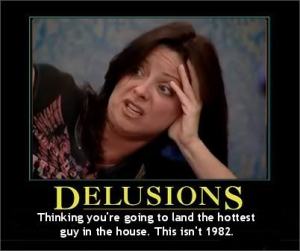 One of the books that really inspired and motivated me was the book of Animal Farm by George Orwell. I have said about it many times in my columns here – so will not repeat it – lest it becomes mundane and boring!

I went into several galleries of the story of Gaddafi – and his coming to power by a popular bloodless revolution to overthrow King Iddris of Libya. The same Libyans that cheered him in this popular uprising have now them and their children fighting against him – after 42 years of tyrannical and brutal dictatorship from the ‘same hero’ 42 years ago. I ask myself – what gives? What had happened for things to go so bad and so sour like this?

Forget his gimmicks, mavericks, weirdness, delusions for a minute that he was still loved by a majority of Libyans – and the attackers were mainly rebels without a cause – ‘rats, misfits, and drug addicts’ as he calls them – and were even foreigners too – or foreign backed after Libyan oil. Why all the ‘disconnected from reality’ and delusions?

In the story of 1001 Arabian Nights Abu Nuwas stories about these two women competing for a baby as belonging to each one of them. He suggests cutting the baby into two and giving each one half of the baby. One of the woman pleads – let her take the baby – but please do not kill it. Abu Nuwas says – she is the Mother – because only the Mother can say such things! I guess Gaddafi as a ‘Father’ should think as similiar – spare his children killing each other like this! At least Hosni Mubarak of Egypt did after some time!

In UK in the 70s, I had studied with Libyans in Colleges. They are very friendly forthcoming nice peoples to the word – with a ‘soft heart and touch’ especially for us Omanis. In each of their rooms was a portrait of Gaddafi – and you could tell that they really cared and loved him. Even the allowances and facilities paid to them were greater to ours!

Yet now we see all these things folding out in front of our eyes. What went so wrong? I personally think that at least Arab Psychologists, Sociologists and Researchers have a great responsibility ahead of them in these studies – and for The Arab Spring uprisings. I guess the key words will still be openness, frankness, transparencies – and better approaches and styles in communications and patience dealings.

Let us all pray for peace, tranquility, understandings and stability all over the world – Amin