The Oman Daily Observer
Features – Between Us Only! – Of Sunday August 7th 2011

Our Own Lives To Run!

Or Respect Your Parents!

This is a familiar call and cry nowadays in many homes with working children – but how often and how much? Please read on… 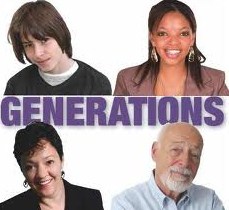 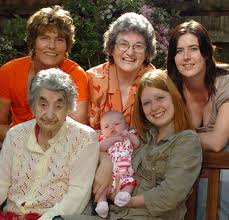 Or Respect Your Parents!

But we have also heard of – ‘Spare the rod, and spoil the child’ – or similar – how you rear the child is how that child becomes in the future!  The children nowadays are becoming increasingly self-centred, selfish and greedy too! When the children were young – many parents failed to show them that life is a matter of give and take. Of remembering and being grateful! Parents give their children everything and have never asked anything from them – even symbolic like to go and bring them a glass of water – or open the door instead of the parent or maid!

Not all the parents can still depend on themselves – with even their pensions not being secured, forthcoming and a surety – and themselves being in great financial stress and troubles! The children are also in great financial problems with all kinds of loans taken – and the end result is a great tear at the society fabric as a result!

When you have money everybody respects you and when you have no money nobody wants to know you! Even your owen blood and flesh do not care about anybody s- ince now they have their own families – and ignore their parents. Allah Kareem. This is what brings for us a “TEST” to show how strong our Iman (faith) is – but children forget what you have sacrificed your life for them. God Is Great!

Truthfully May Allah (God) Give us the willpower and the strength to stand this and take us when we still are capable of taking care of ourselves but never depend on children – as they have their own lives to look into – and they do not require parents any more is what they think of that they will not and do not need our help any more.

As a kid in that distant land I grew up, we did not have Television then – but just radios – and that too you are lucky to have! In the common lingo there they used to stage dramas and plays – and one of them was comedian Mr. Jongoo (J from now – an African name!)  Family Episodes.

In one of the episodes, J sells of almost everything he owns and possesses to send his son to study in England. He goes on bragging that my son got a Degree in Engineering, and he will return home soon to take ‘a big fat job’. So he brags to his friends – My problems are soon going to be over – my son will return soon and take us to his big house. He plans for his son to marry his cousin – a village girl but only educated to Primary school. What more does he want? So
long as she can read his letters from England – and that is that!

The ‘shock and awe’ is more on J whose son  returns with his own frame of mind and thinking and he wants to marry another girl from the town highly educated and sophisticated – but from another tribe – and even in beliefs! The son warns the father – I am over 18 – and there is civil marriage registration in case ‘you want to fight with me’. The father and mother both give in! The son does get a big and fat job – and moves into a ‘big villa’ in town! 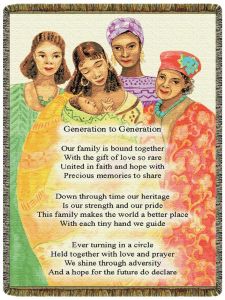 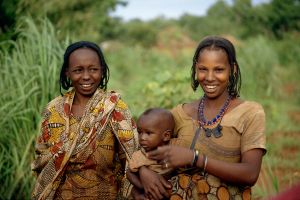 After the wedding in town in a big hotel, J and wife decide to go and stay with the son and on their own decision without consulting the son! Another ‘shock and awe’ as they are rebuffed and in receiving rough and raw treatment as being unwelcomed! The daughter-in-law speaks in English to her husband – What kind of parents do you have here – they do not know even how to use the flushing toilets – and use ‘their dirty hands’ to eat food! And see how dirty they look and present themselves – and making the house all dirty with their village baskets and bags! I feel so ashamed! 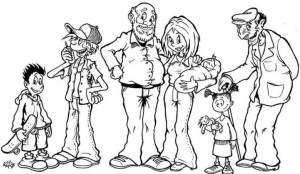 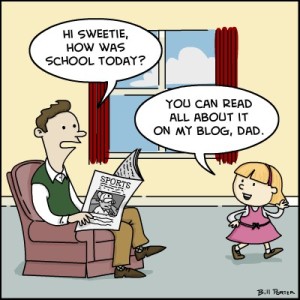 Then the son replies in English – They are my parents. I cannot tell them to go – but ifthey go – all the better for everyone! Unknown to them a visitor passes these messages to J – who confronts the son that he had sold everything he owned to get him this education – And this is how you treat and repay us now? I leave everything to God only – The father cries!

They return to the village – though it is a comedy (of errors!) but nobody is laughing as the villagers sadly receive them back home! Soon after somehow twists and ironies of fate and life – the son somehow losses both job (and his-good-weather-wife) – and asks for forgiveness from his family and the village – and end of drama play!

As I grew up in life, I said to myself – Inshallah I will never be like this son to his parents! I will try all my level best – so help me God! Amin – Amen.

PLEASE – Respect and Esteem Your Parents! A Universal Message – Especially to All The Youth. See the video and more details at the site!

PLEASE – Respect and Esteem Your Parents!

Please watch the video here – or below.

Translation In English – Respect and Esteem Your Parents!

In short the son agitated on the father asking what is that? A sparrow (bird)! The old man asking the same question all over again!

The son apologises and hugs the father – followed by verses in The Quraan saying how we should behave to our parents – like giving them nice comforting words – and not to scream and shout at them – even if we were angry!

A Universal Message – especially to The Youth.

Enjoy … and remember the message!

Actually no language is needed to explain it… The body signs say it all!

You see we are all together in this … and each basket has bad apples (fish)!!

I do not know why there is now so much worry, fear, hatreds, animosities and anger nall around owadays!

Try Here Also If Above fails….!

The film is in Turkish I think?

This bored old man is sitting on a bench with his young son on a bench outside their home. The son is reading a newspaper, ignoring his bored father.

A sparrow lands on the grass in front of them continuously chirping. So the old man asks – What is that? A sparrow the son replies. Again the Father asks – the same answer. A number of times the son becomes angry and starts talking loudly to the father – what is wrong with you?

Being disturbed away from reading his newspaper – A bird! I told you a sparrow! A bird!

The Father gets up. Now the son asks – Now where are you going? The Old man says with his hands it is alright – and he goes back in the house. The son is seen lamenting on his action. The Father emerges with a diary in his hands and sits down with the son. He asks him to read a particular entry in the diary. Aloud he says to the son. The entry says – My son of three years of age today asks me what is this? I replied him it was a bird – a sparrow! He asked me the same question 21 times more – but I was not angry – because I can see that my son is very excited to have seen this bird!

The son now breaks down – and hugs the father – followed by The Teachings on Respecting Our Parents.

Tears come out whenever I see this film – and I wish I had given my parents more time and attention when they were still alive!