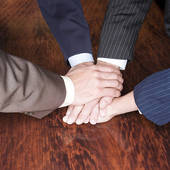 The Schemers and The Plotters!

For The Schemers, The Plotters, The Conspirators, The Connivers, The Old Guards, The Renegades, The Rogue Elements and The ‘Mafias’ – Time Is All Just Up Now! Change Now!

I was reading this letter sent in by can you imagine a well-intentioned sincere Western Expatriate to a local magazine (The Week) – and it really touched me that here was a really caring and feeling expatriate – who perhaps may even care more for the country than us some so-called citizens even! He was talking of bottlenecks – and where there was the greatest ‘challengers for change’ was in the middle levels and echelons – and these are the usual peoples that are supposed to implement the changes in society – but whether intentionally, by default and or inadvertently do not cause change to happen. He cautioned that this had lead and would lead to greater problems to the country. I salute you Mr. RR for being so bold and courageous – and coming forward to say your bit! We need more people like you in our country – who have seen a good thing going here – and want it to be protected – to let it grow and be nurtured too!

There are a lot of people in this country – and some even in positions of management, leadership and frontline positions and responsibilities that have still not realised that change has come – and they need to change too – reform and adopt but they still go on unimpeded as nothing has happened – and to their usual tricks, games and ploys. They are smart enough to cover their tracks by trying to use formality – delays and inadequacies and lack of talents and competencies as their main ruse and excuse. Seeing mountains from molehills and exaggerations of the worst kind too!

There is nothing like ‘rogue elements’ that work in the system – pretending to go along and be part and parcel of the system and change – whilst all the time plotting and scheming inside covered and well protected to work against all from the inside.

They may even throw in grand words, encouragement and compliments – but the reality and true actions and intentions betray them! Just like the traitor who wears the army uniform – and giving all the secrets to the facing enemy! Or a set-up force to fight drugs, money-laundering, other fraudulent crimes – whilst they are part and parcel of the opposing force and the system – or lend support and assistance from inside hidden and incognito! I have always warned and cautioned in all my books about such characters and personalities as the people who can do most harm, damages and calamities all around!

I do not personally believe in witch-hunting and head-hunts – but I think now the time for continuing to be docile, nice and pleasant are now all over – and time for exposures and putting a quick and rapid end to such schemes and plots – because of the damages already done and continued to be done!

It is a sickness and disease – and has to be taken out – before the whole body becomes more diseased and damaged!

 JFK Kennedy had also said – You cannot fool all the people all the time!

 Prince Talal (brother of late King Hussein of Jordan) in an interview with Sir Robert Frost on March 12 2011 said – We all have to put our words in action – and everyone is responsible for one’s own actions (and inactions). He added – There is a vacuum of hope now in the young 19 to 35 (in the Arab world) and many of them unemployed.

 There is also – The only thing necessary for the triumph of evil is for good men to do nothing – by Edmund Burke.

 And from Thomas Jefferson ex USA President – All tyranny needs to gain a foothold is people of good conscience to remain silent.

 And then from Ghandi – It has always been a mystery to me how men can feel themselves honoured by the humiliation of their fellow beings. And also – In prayer it is better to have a heart without words than words without a heart. And finally – You must not lose faith in humanity. Humanity is an ocean; if a few drops of the ocean are dirty; the ocean does not become dirty!

We need to take proper action now before it is too late for everyone – and we allow such people to sink us all! Such people at whatever levels should be exposed and be removed – now! Take Care!